The UNESCO World Heritage Podium is a permanent exhibition where visitors can see, hear and read about UNESCO World Heritage sites found in The Netherlands, and learn about what makes them so exceptional.The Podium doubles as the information centre for the Amsterdam Canal District, which was added to the UNESCO World Heritage List in 2010. The Podium is situated in the central hall of the historic De Bazel building in Amsterdam. On exhibit are special objects from each of the Dutch World Heritage sites, including a 16th century pair of compasses from the Amsterdam Canal District and a small divan table designed by Gerrit Rietveld.
The Podium is composed of three parts. An exhibition area where each site is represented by an object that indicates the age and location of each site and doubles as a base for the objects on display. A podium which bridges the height difference between the central hall and a large window facing the Vijzelstraat at street level. On the podium are books for visitors to read about Dutch heritage. A series of banners with prints of historical paintings and maps of the Amsterdam Canal District hang from the double height space above the podium. One banner functions as a projection screen that when lowered, turns the podium into a small auditorium.
The podium and the exhibition objects merge into one another in terms of design and materialisation creating a continuous landscape. All of the objects, stairs and bookcases are constructed out of birch multiplex, clad with black linoleum. Text and drawings are directly printed onto the lino with white ink. Additional elements like a desk for an employee working at the Podium or an object showing video interviews with representatives of the different sites are clad with mirroring acrylic sheets in order to minimize their presence. 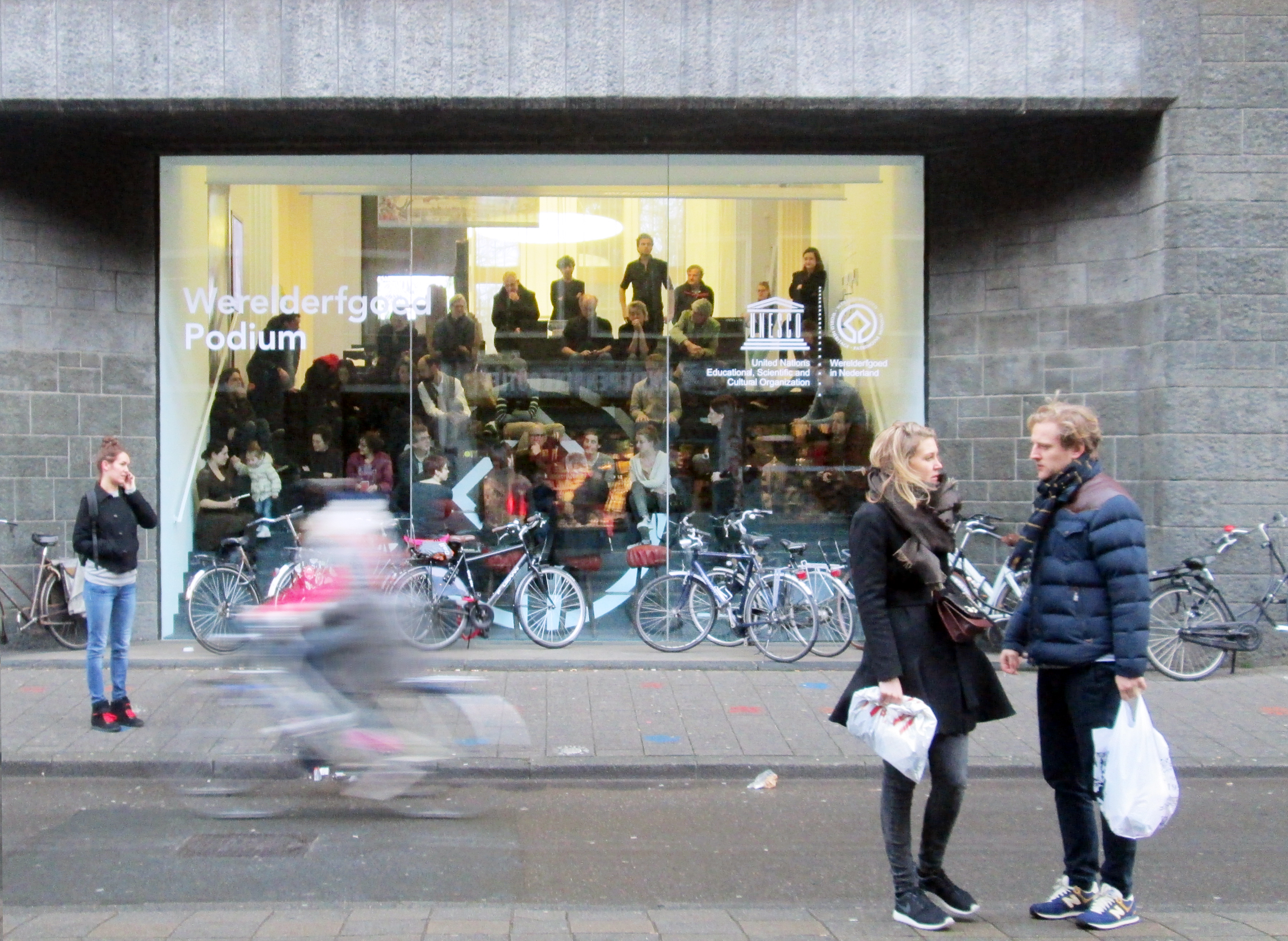 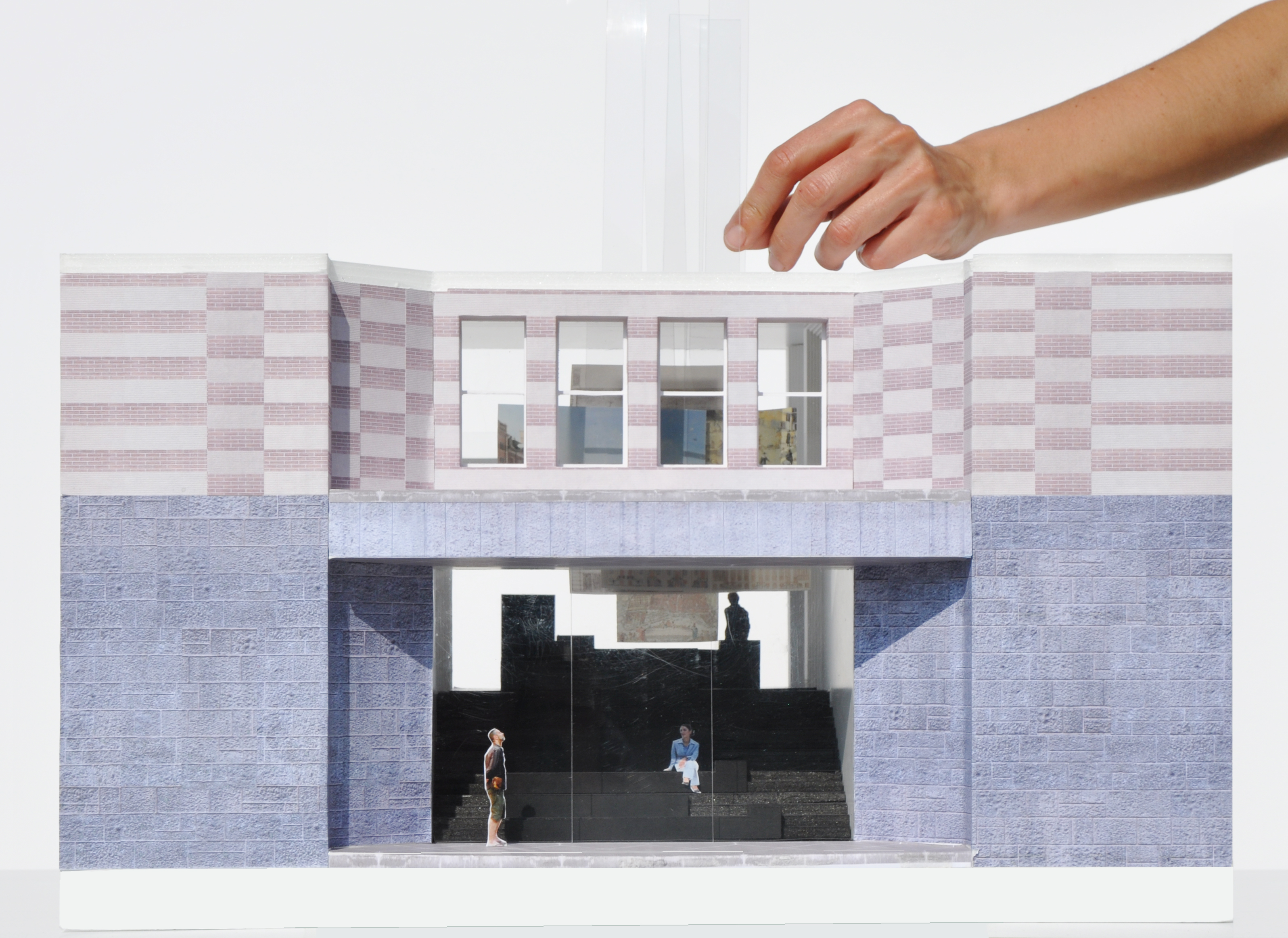 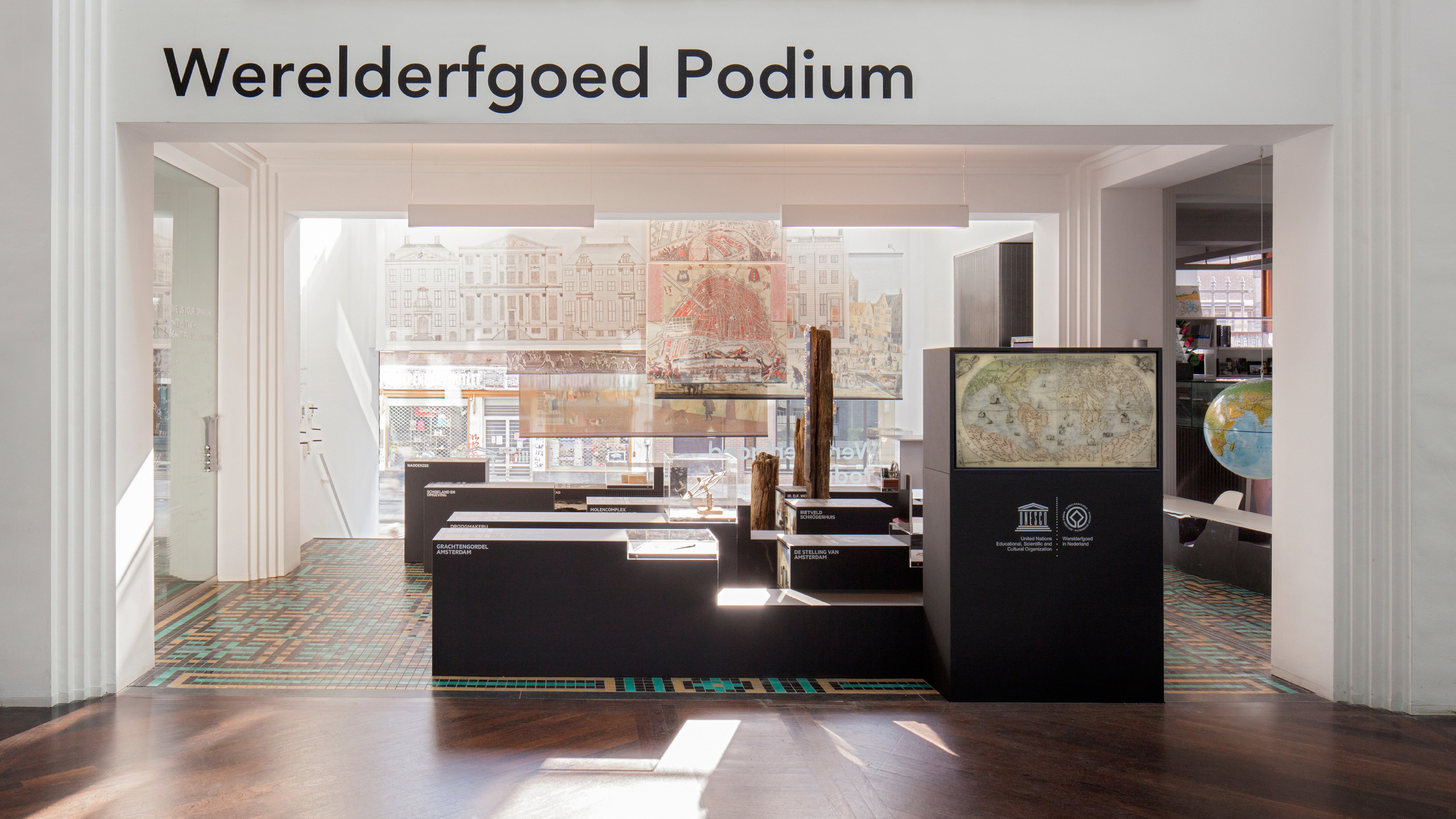 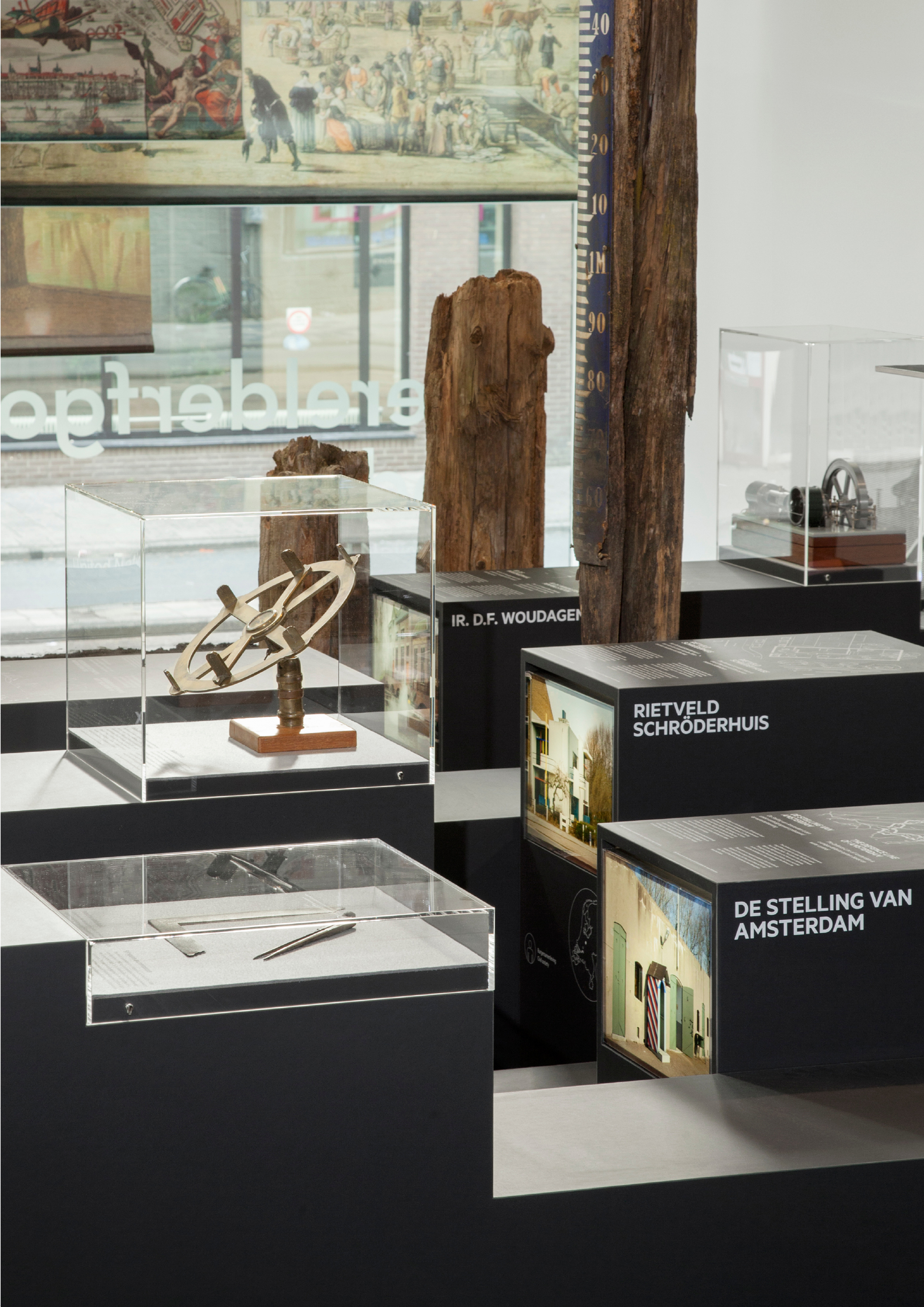