After winning the Europan 13 competition for the student district Kortepohja in Jyväskylä (Finland) with the plan The Nolli Gardens the municipality of Jyväskylä commissioned a masterplan for the area. After workshops with residents, developers, the Keski-Suomen museum, the University of Jyväskylä and the municipality, the first phase of the assignment was presented, the new urban plan.

The plan reinforces the original spatial principles from 1966 by architect Bengt Lundsten. This plan has two axes (North-South and East-West) as a carrier and combined the rational stamp principles of modernism with the sensitive reading of the local natural qualities. The northern part of the district was constructed according to the original plan with small building blocks designed by Lundsten himself. This area is included in the DOCOMOMO heritage list as a valuable architectural environment in Finland. The southern part of the district was not executed according to plan. The architecture is more sober and the relationship between the buildings and the public space is nihil. At the intersection of the two main axes, where originally the center of the district was planned, a large parking lot was eventually made. An empty heart.

The new urban development plan focuses on the empty heart, the intersection of the two axes of the original plan, hence the title ‘The Hinge’. Four depreciated residential buildings will be replaced by three large residential buildings, with a public program in the plinth, which will be a catalyst for the physical, programmatic and social quality of the neighborhood.

Characteristic of the three buildings is that they reverse the modernistic scheme of the existing buildings. The open field in which buildings are currently located makes way for semi-closed building blocks that enclose clearly defined public spaces. The building, program and public space are closely coordinated in the new urban development plan. The architecture of the new buildings builds on the ideas of the rational architecture of Lundsten. 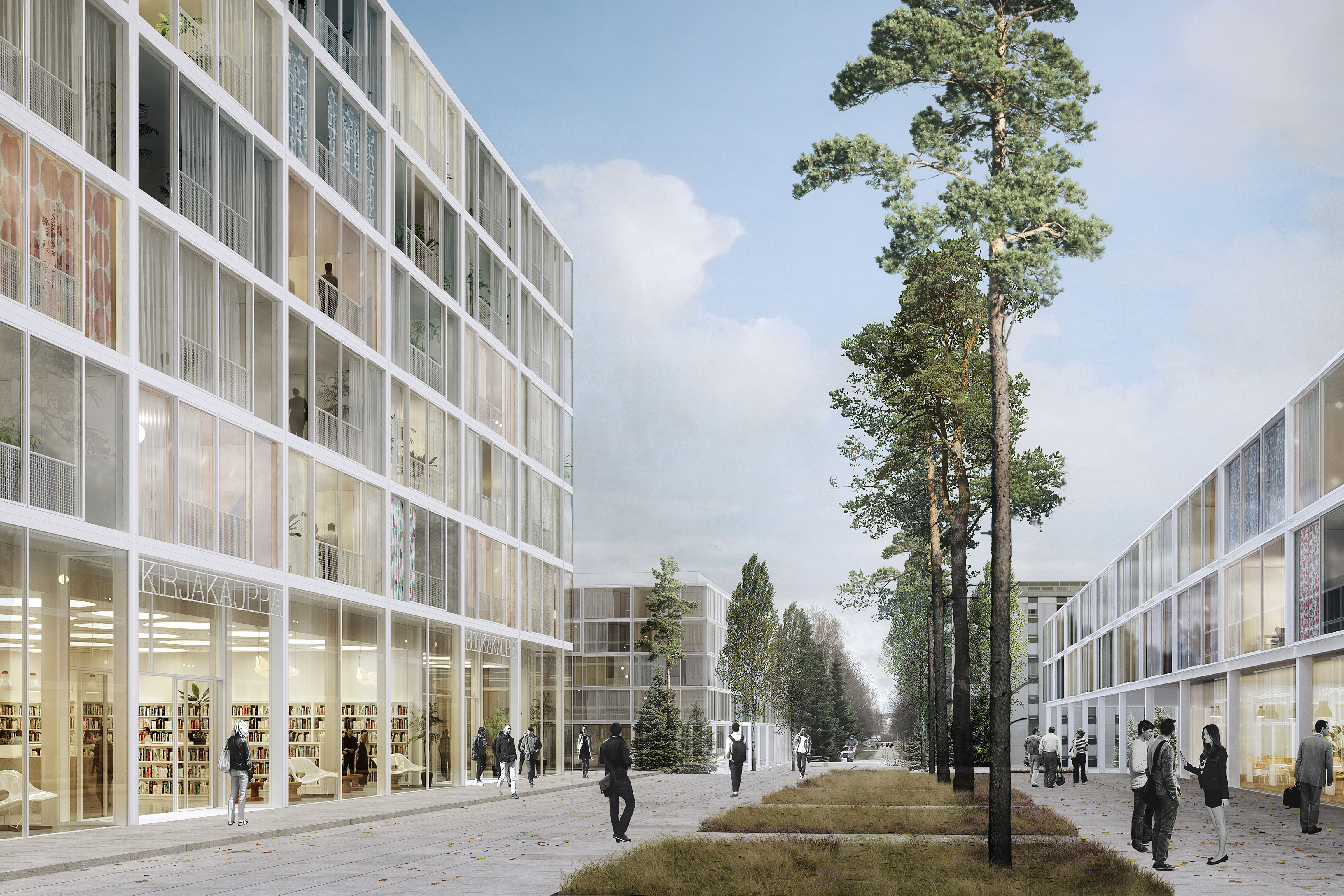 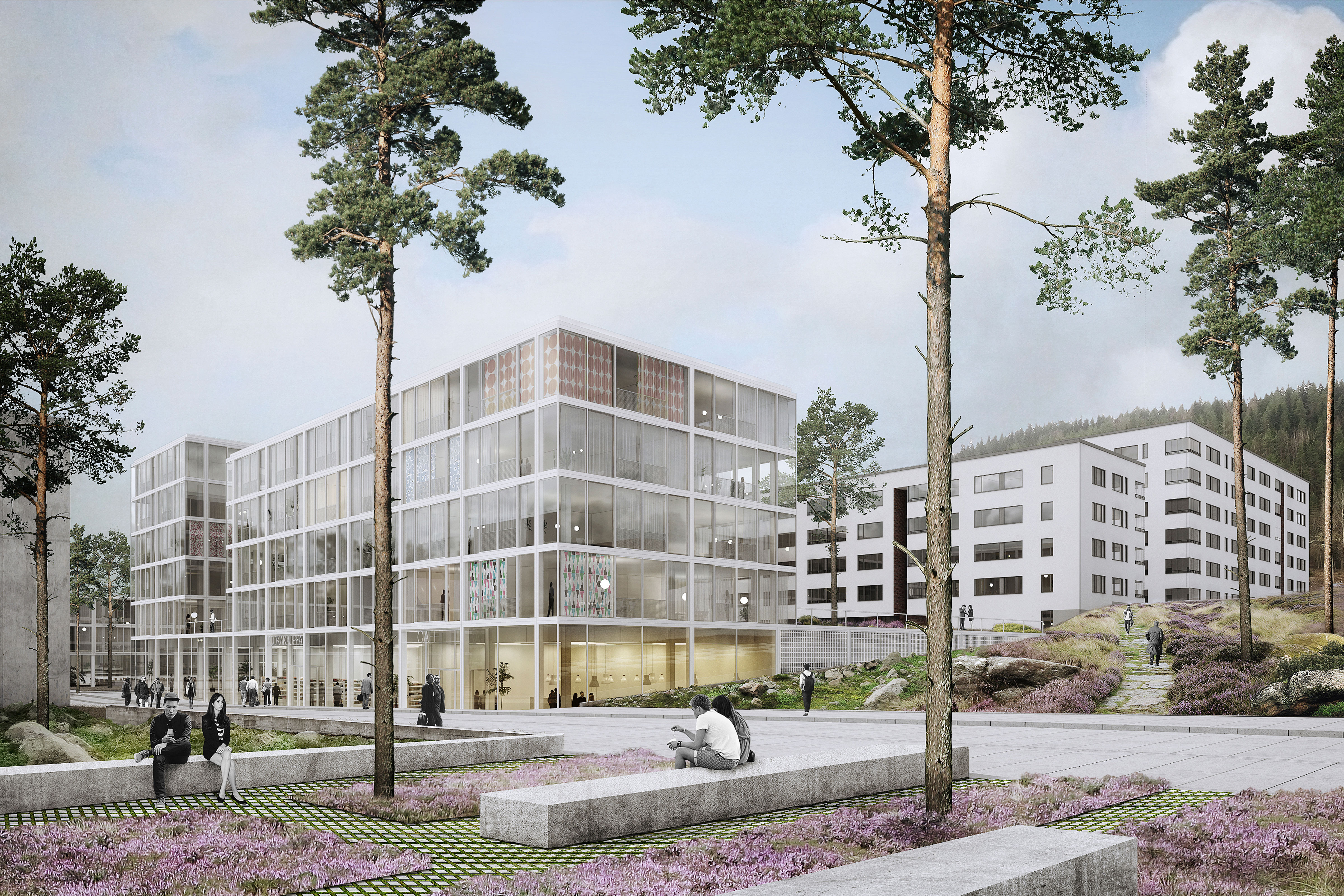 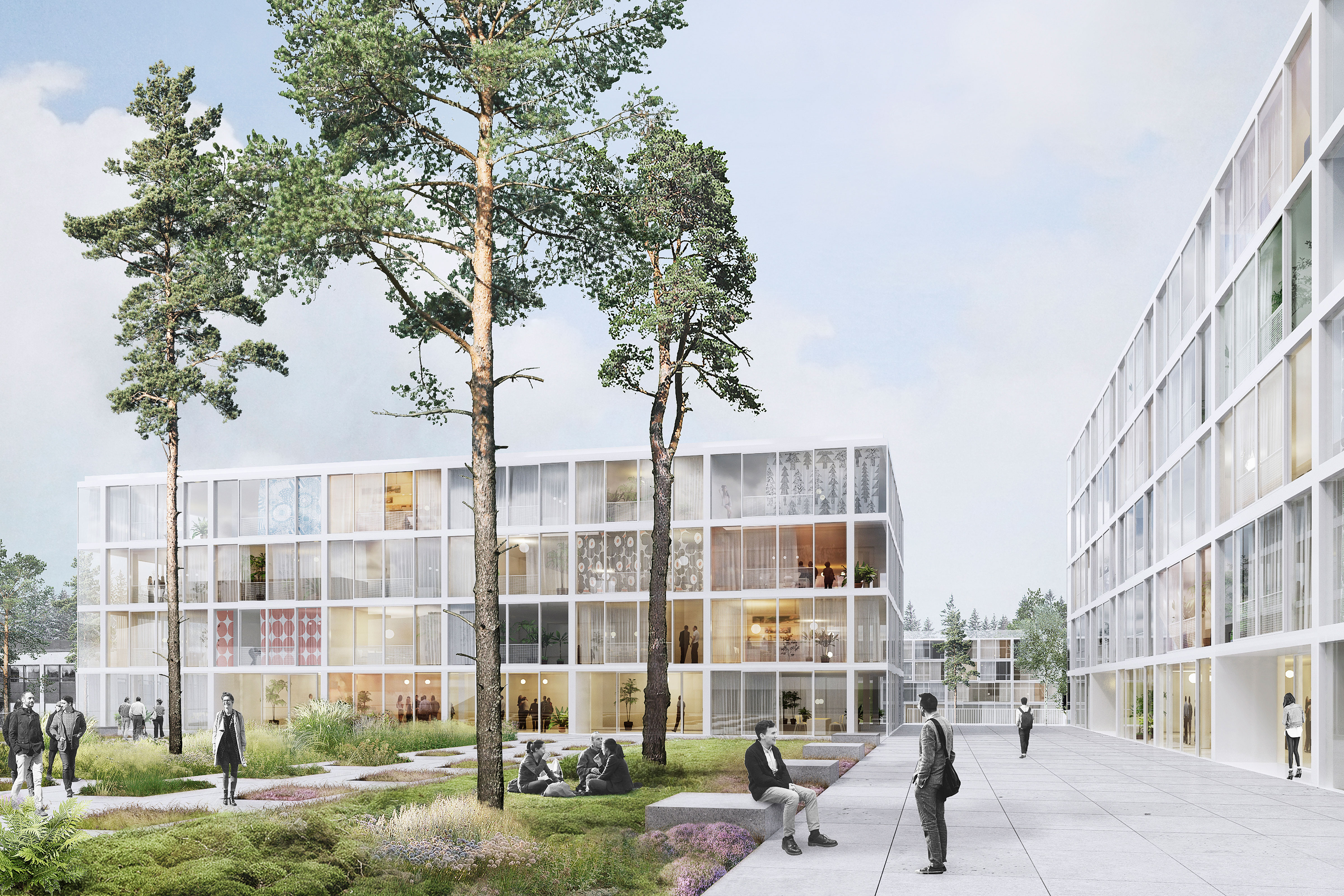 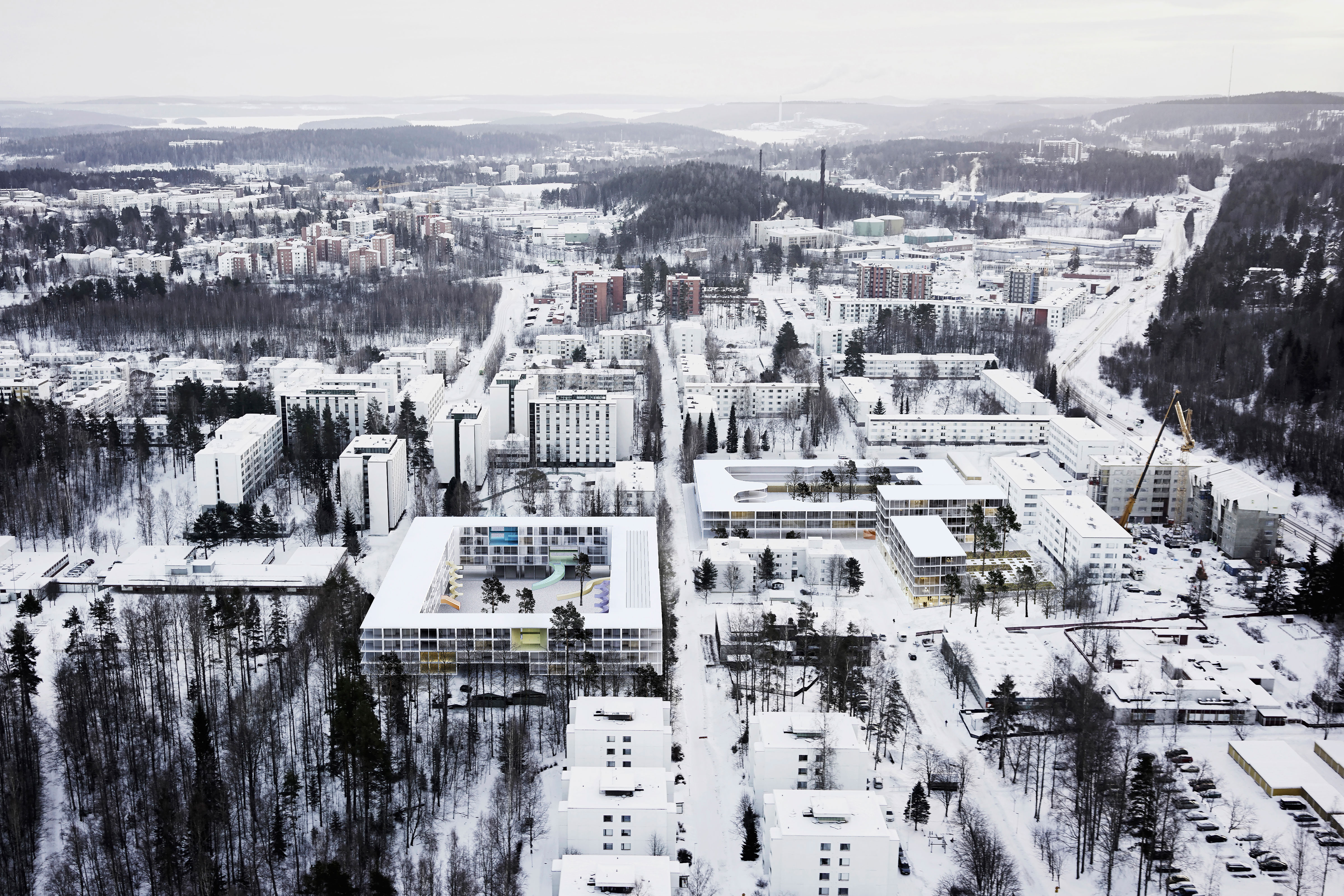 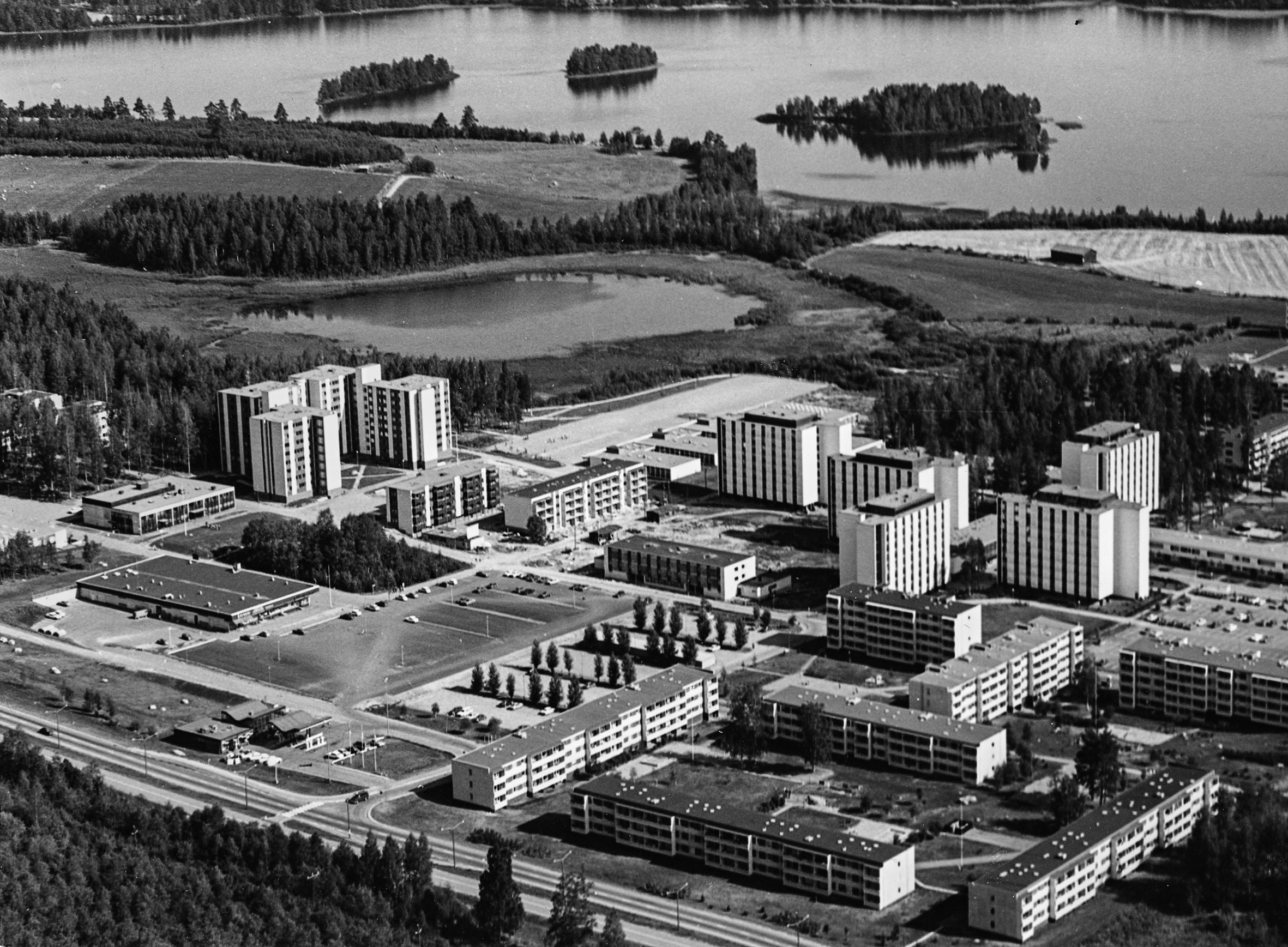