Paravent is the result of a design research executed in collaboration with residents and caregivers in nursing homes for people diagnosed with dementia. The study focused on the relationship between the private and common areas within a department in a nursing home. In the current situation 75 percent of the total usable area of a department is used for the relatively large private rooms compared to 25 percent for the communal living room. Because of the mandatory monitoring by caregivers however the residents spend most of their time in the common living room and the private room is mainly used to sleep or sometimes to receive visits. In the small living rooms this leads to situations whereby one resident is dozing at the dinner table while the TV is turned on loud as a hearing impaired resident is watching a program. For ‘healthy’ people this is already disturbing, let alone people who are increasingly sensitive to external stimuli.

A team of scientists, product developers and artists looked for opportunities to create more spatial diversity and seclusion for residents within the walls of the existing common living space. This has led to the development of a folding screen, a paravent. In collaboration with textile designer Samira Boon and Luuc Sonke a screen was developed that was not designed as a static interior element, but rather as an additional inhabitant with its own character. Each panel of the folding screen has its own shape, functionality and tactility. One panel is opened up to create a table, another is designed as a visual separation or as an acoustic separation. All panels form together a catalog from which in consultation with residents and caregivers a selection can be made and a customised screen can be put together that meets the specific needs of the residents. The white screens provide a peaceful and neutral background in the living room. The various forms of tactility and functionality of the screens stimulate the residents and caregivers again to explore their potential and play with it. 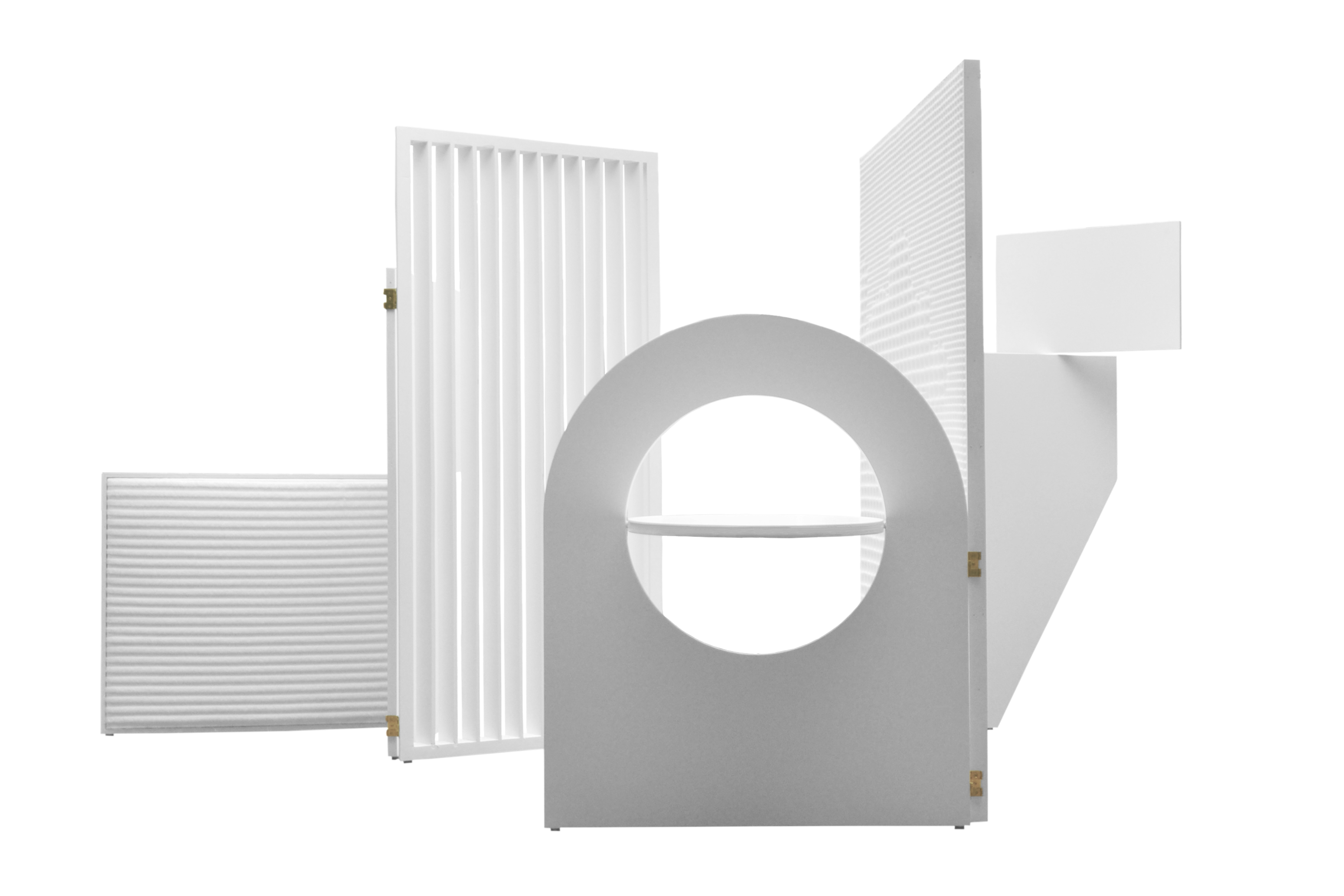 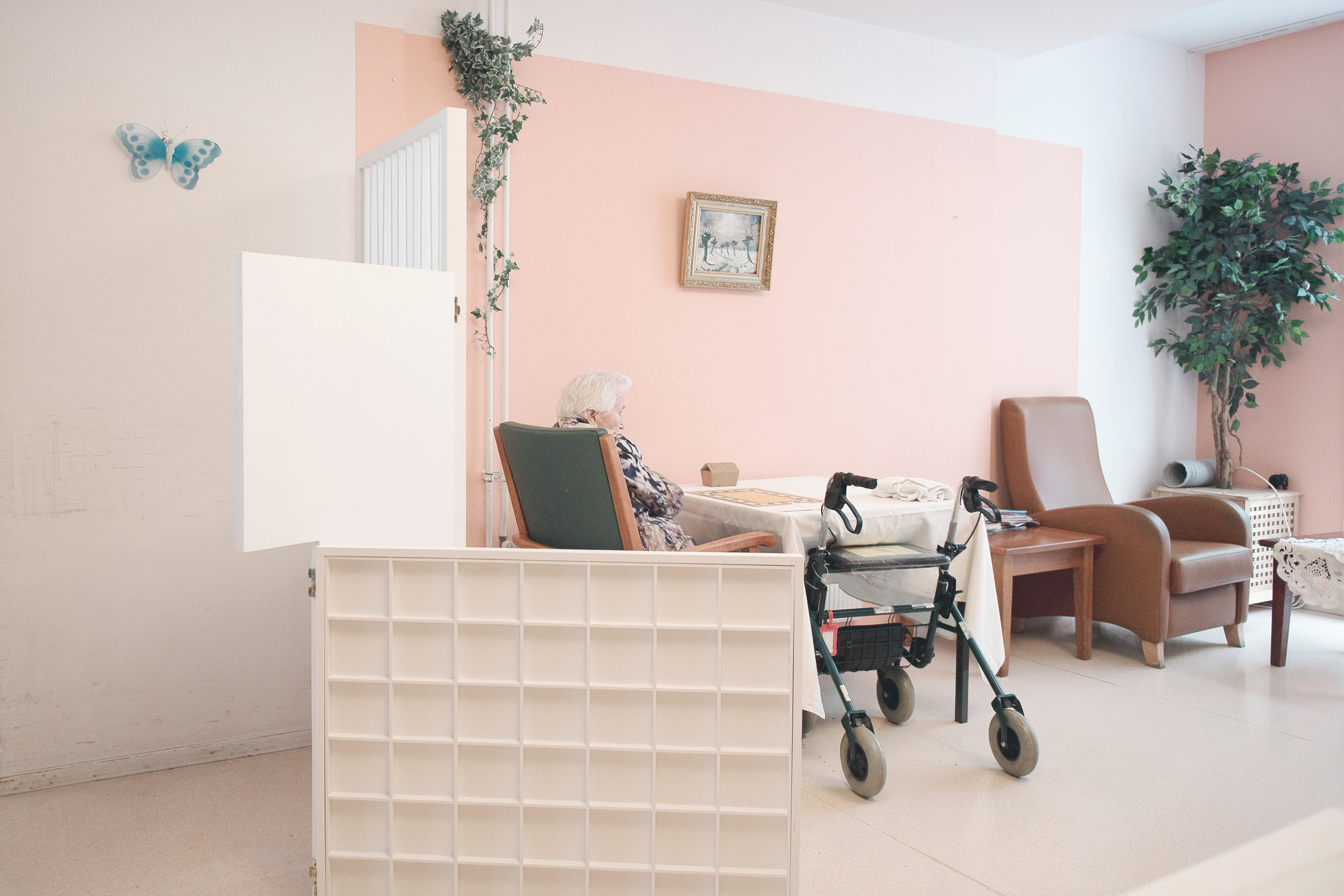 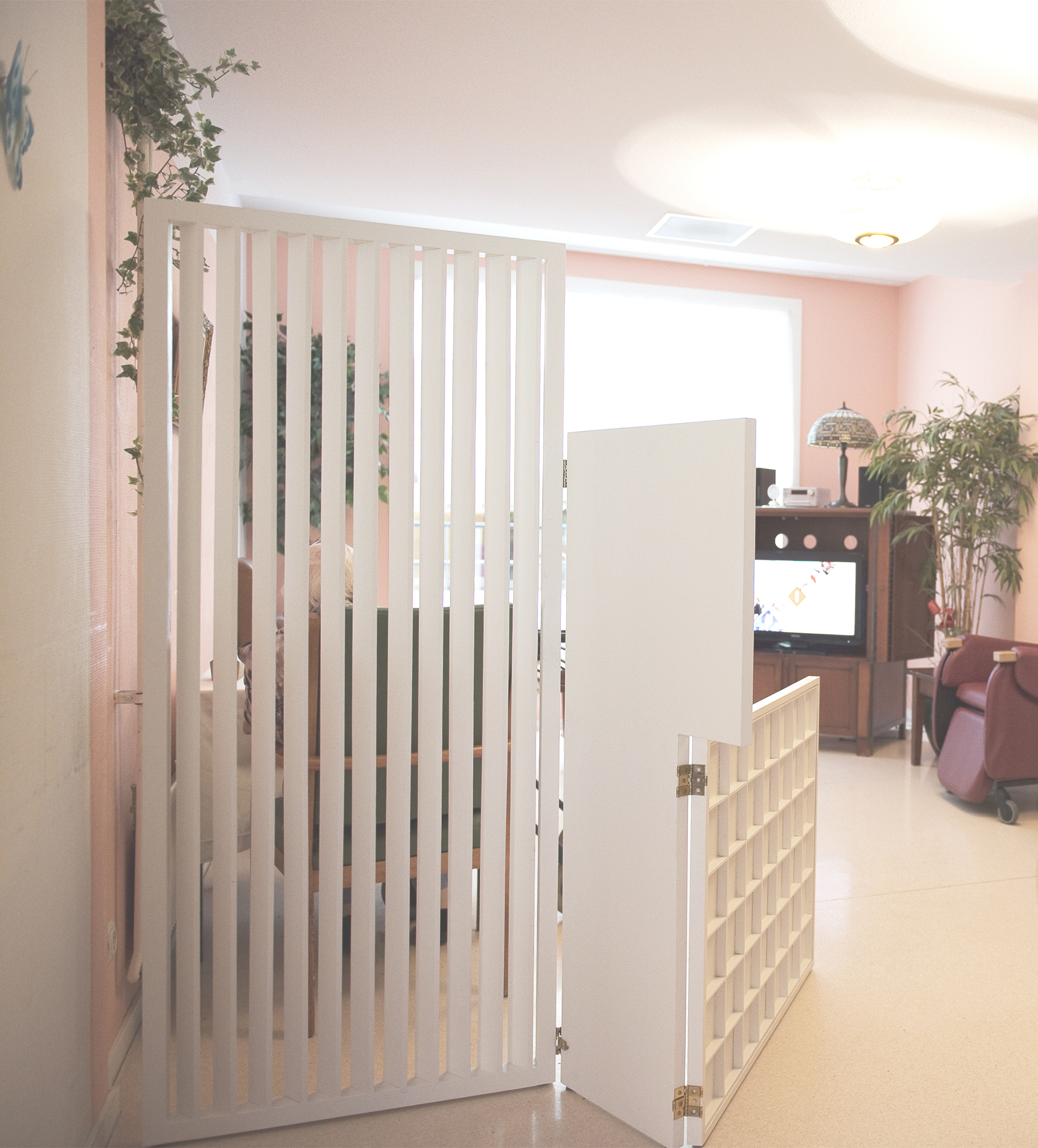 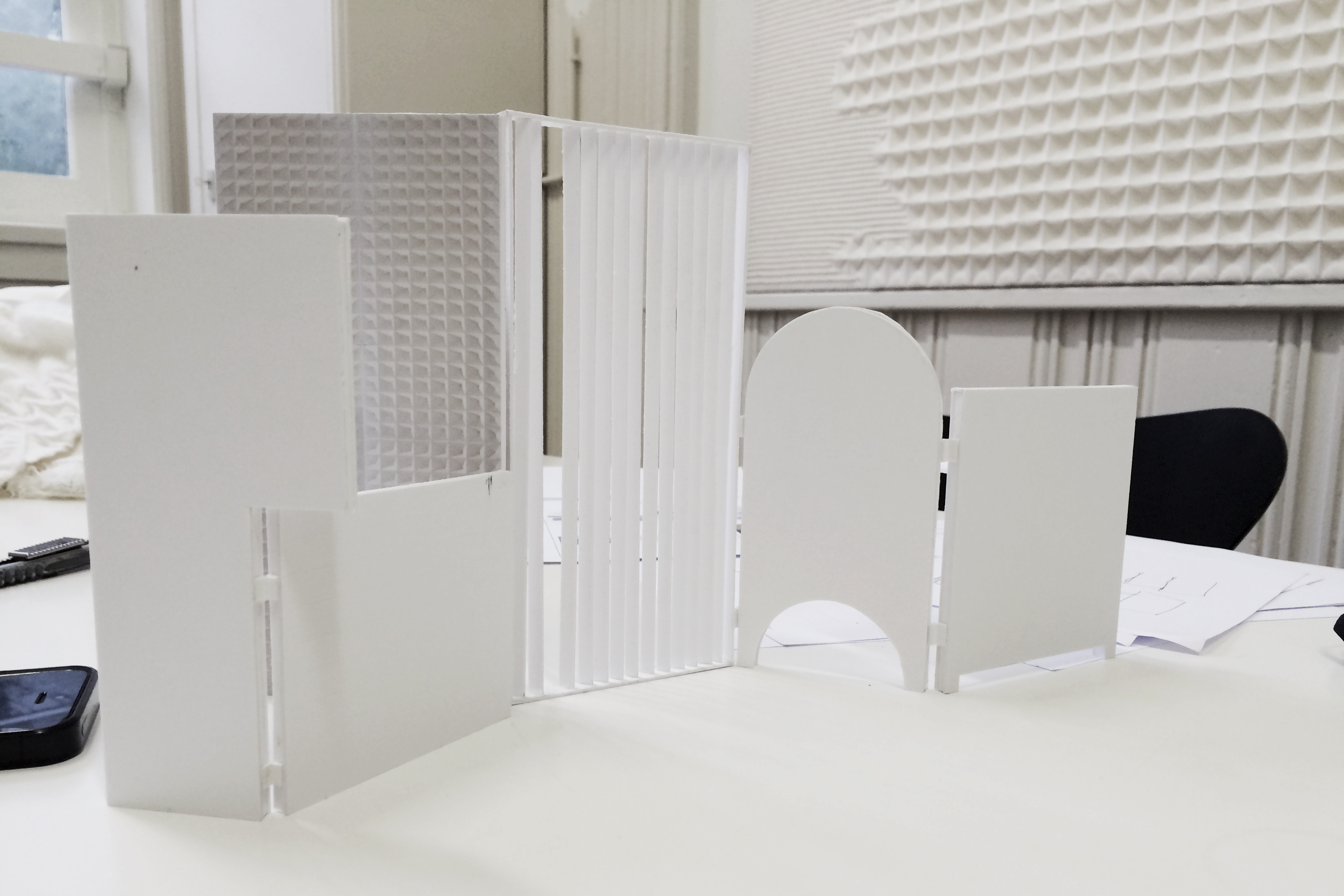 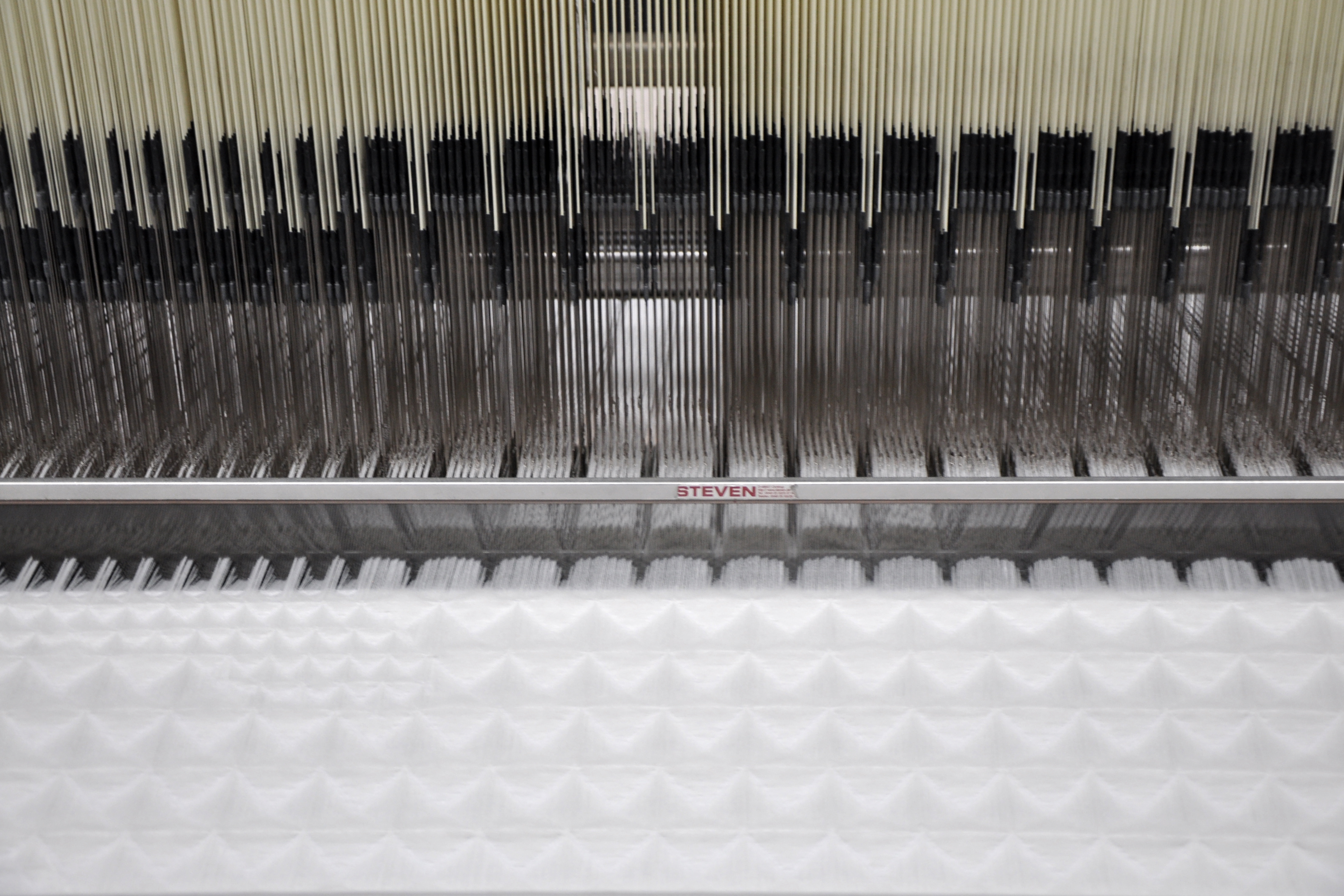