The Algemeen Uitbreidingsplan (AUP) by Van Eesteren for Nieuw-West, made in 1934, offers space, low-density, infrastructure and modern living. These qualities are held up high by the strict urban rules on living, working, recreation, infrastructure, open spaces and green from the smallest to the highest scale of the AUP. Due to the aim of the city of Amsterdam to build 50.000 dwellings until 2050, Nieuw-West is one of the areas where densification and renewal of the existing housing is taking place. The, partly monumental, neighborhoods along the Burgemeester Roellstraat will be renewed and densified. The Dichtersbuurt is a neighborhood without monumental value. The AUP can therefore be interpreted more freely.

The new urban plan respects the setup of the AUP but is permeable from the parkside and continues to end up in two building volumes that define the city-street Slotermeerlaan. Along the Burgemeester Roellstraat a 200 meter long volume will arise that defines and accompanies this important straight road that provides main accessibility to the area. Nieuw-West has a well-thought urban setup which provides both small as well as large scale volumes like the urban language of the slabs along the Sloterplas. A 200m long volume along the Burgemeester Roellstraat fits into the scale of the AUP and specifically along this street which is part of the main infrastructure of the AUP. The long volume is structured and shaped into 4 smaller volumes created by breaking points that follow from the urban ingredients in the surroundings like sight lines, a terrace facing south combined with outdoor circulation and entrances. On both ends of the volume a special program is situated. Near the roundabout commercial program in the volume introduces the shopping street of the Slotermeerlaan. On the other end of the volume a neighborhood program like a kindergarden resides. 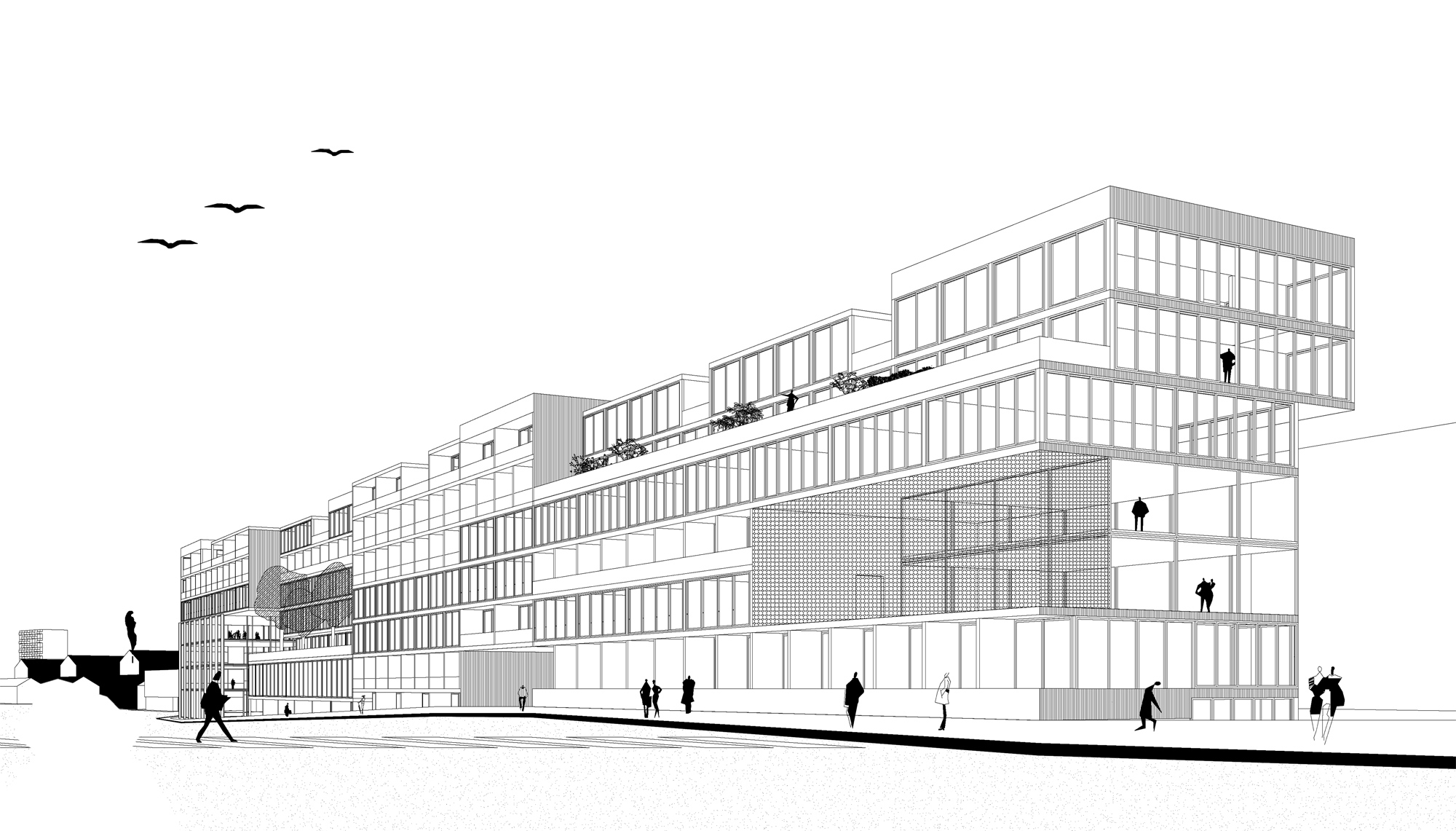 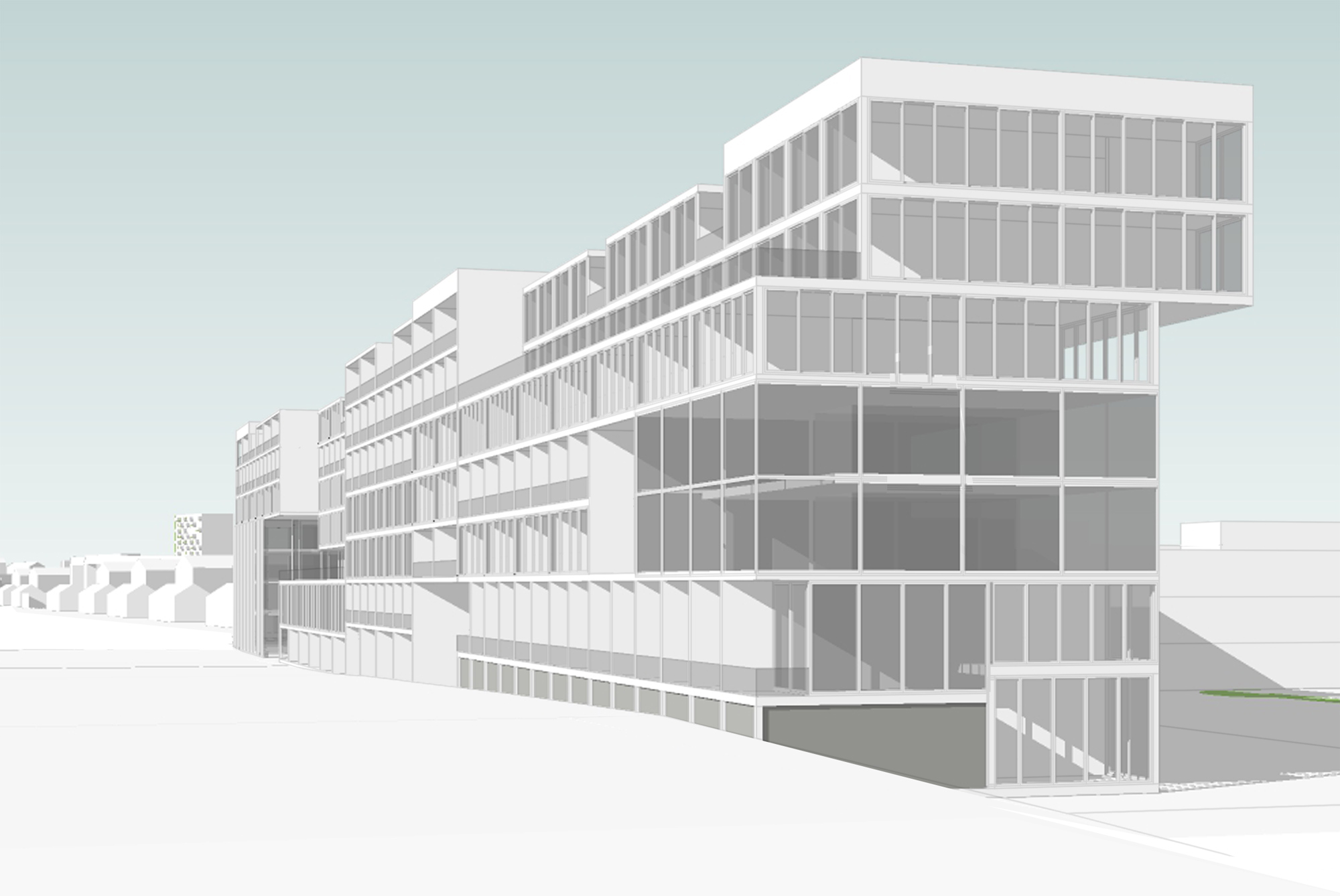