The officers’ mess of the former military complex Kranenburg-Noord is one of the last tangible memories of Harderwijk as a garrison town. Because of its function as a dining room and banquet hall for high-ranking military personnel, it has always occupied a prominent place in the complex.

The building is unique because of its rich architectural history. In various renovations from 1948, 1954 and 1974, the building was given its current shape. A feature of the building that is reinforced in all renovations is the distinction between the representative ‘front’ of the building, oriented towards the training ground, and the utilitarian ‘rear’.

The building is symmetrical from an architectural point of view, but in use and interior there has always been big contrasts. The southern part with the dining room was intended for everyday use and had a sober and practical interior. The northern part however was intended for festivities and high-ranking military personnel, which translated into a very monumental interior.

The cultural center MESS is the current user of the building and has an vital social and cultural function for Harderwijk. MESS organizes events, art projects, workshops, lectures and is a testing ground for innovative cultural entrepreneurs.

In 2020, the military complex Kranenburg-Noord was purchased by the municipality of Harderwijk from the Ministry of Defense, with the intention of building more than 200 homes there. In the future it will become a unique residential area that builds on the special history of the place. The transformation of the building and the strengthening of the cultural center MESS will be the catalyst for this future development.

The building is currently in a poor condition. With a thorough renovation and a series of strategic spatial interventions, the building and user will have a future that matches its impressive past. All interventions reinforce the historical features, such as the contrast between the representative part of the mess, which will be even more ‘dressed up’ with a restorative approach, and the functional part, which is even more ‘stripped down’ with a modern approach.

The most radical change is that the building is given a ‘second front’. The extension of the MESS with a kitchen and restaurant on the sunny west side of the building is aimed at visitors coming from the center of the city. The formal front focuses on the residents of the new neighborhood. The design of the outdoor space is an integral part of the transformation and have a direct relation to the interior spaces.

In collaboration with: Mendel Robbers / Wattafak!? 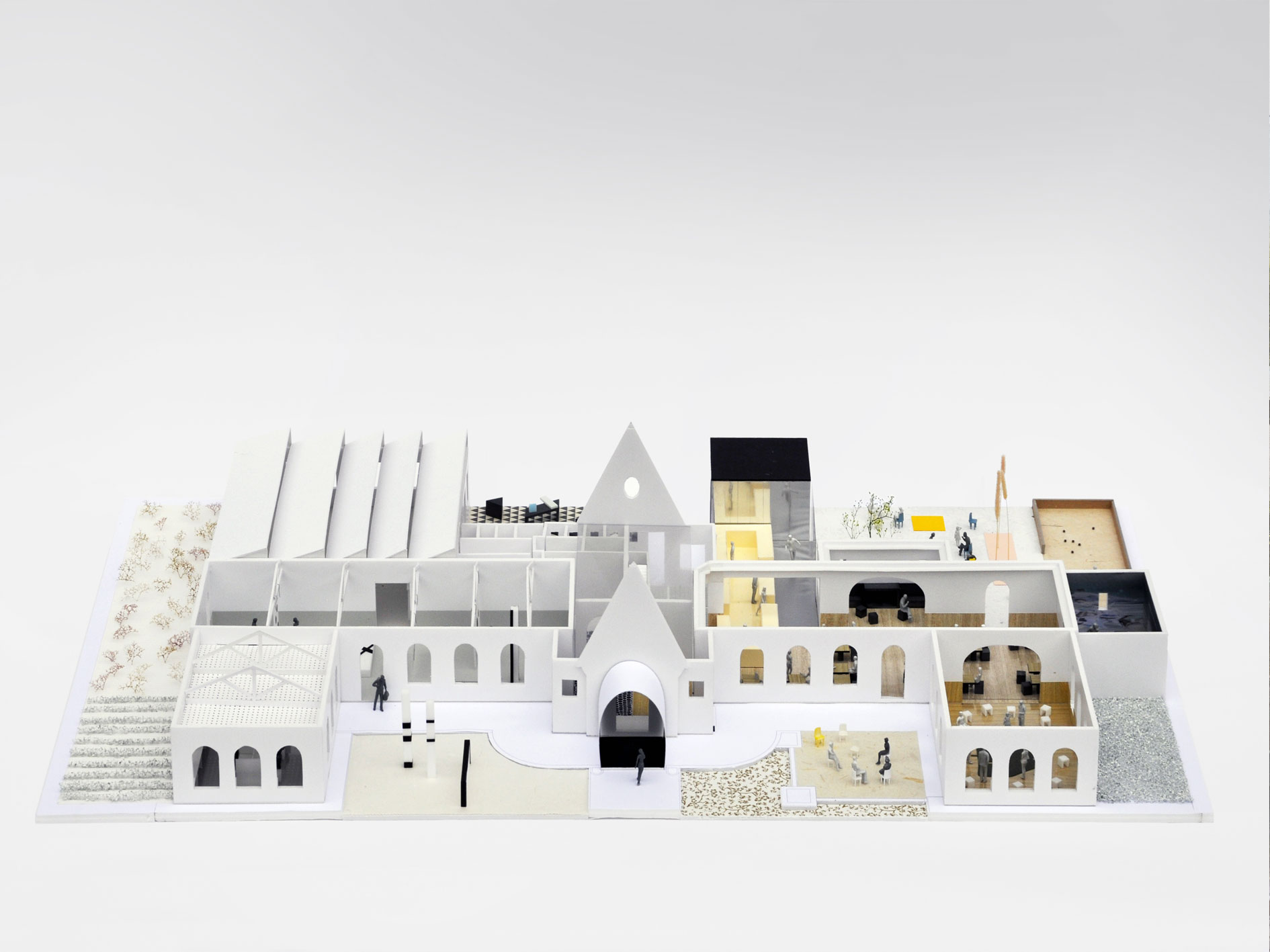 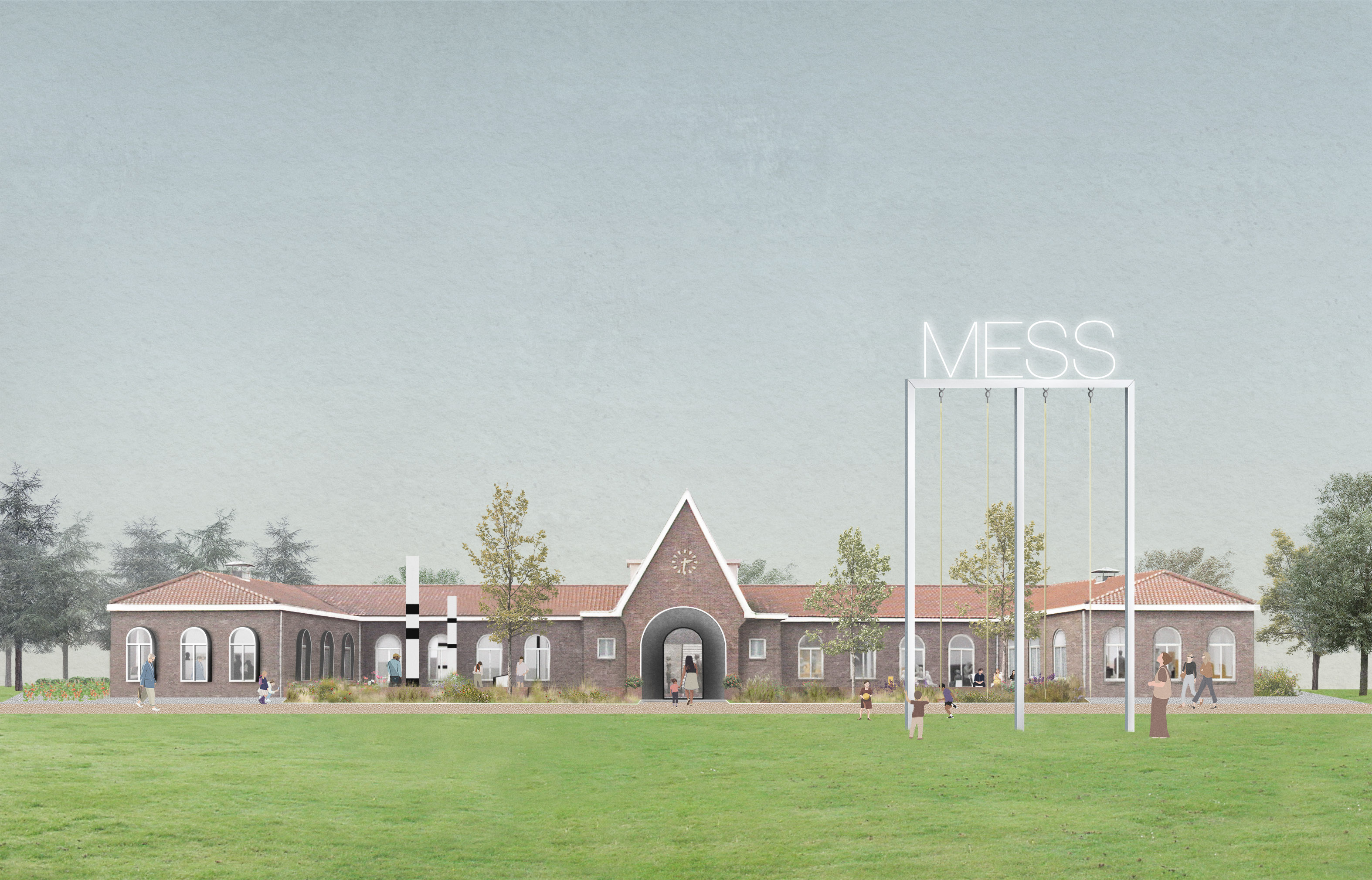 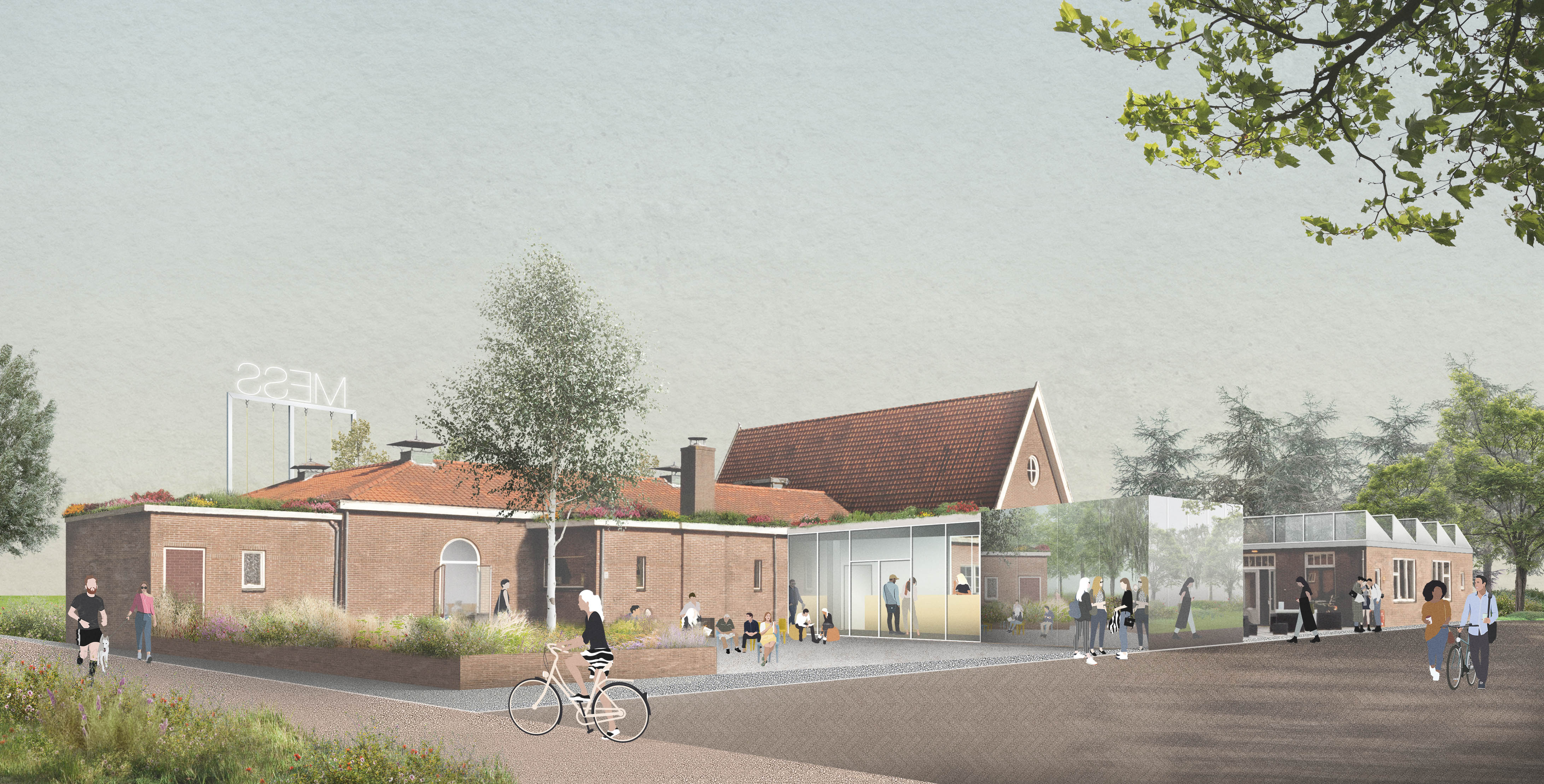 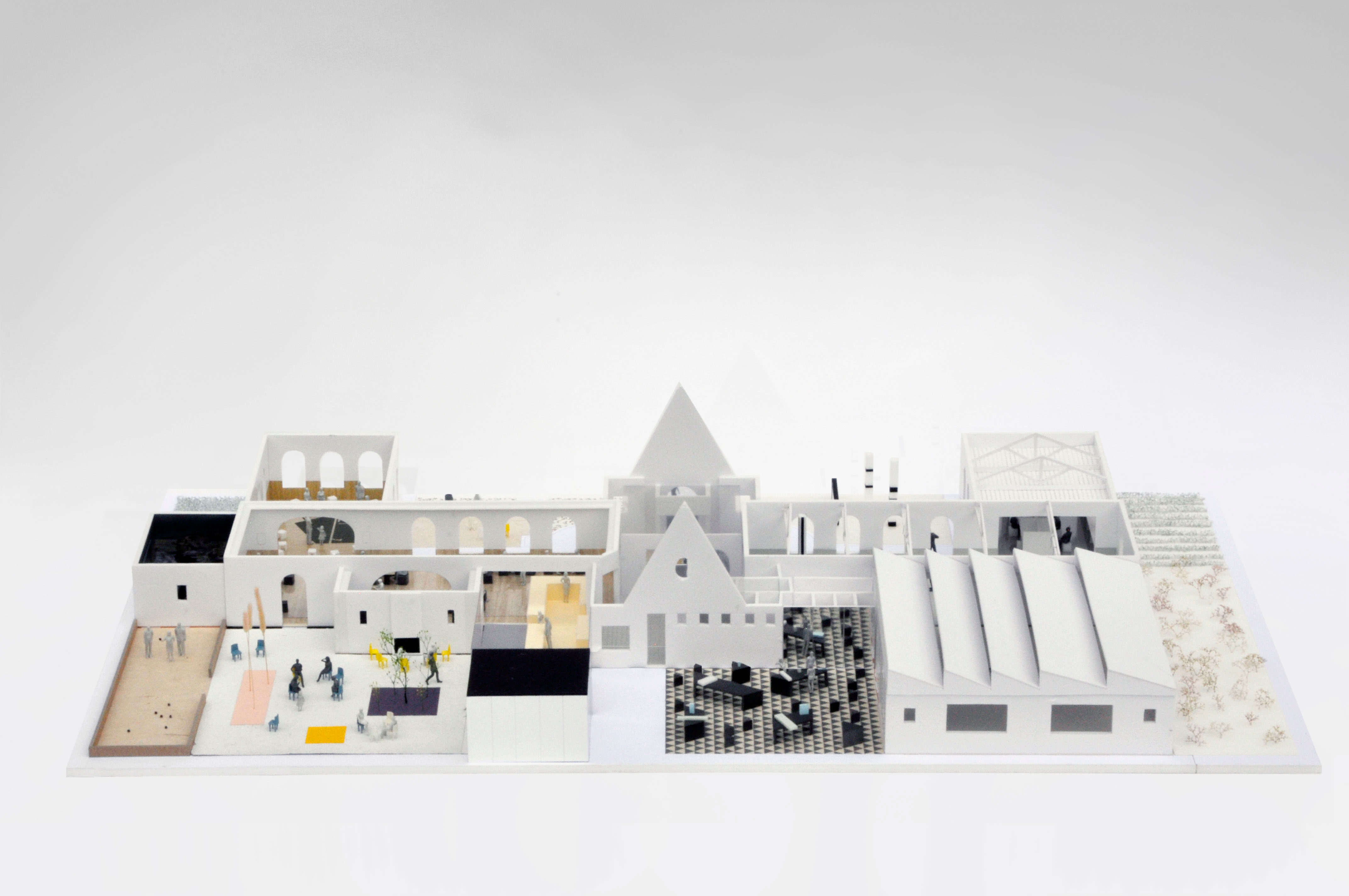 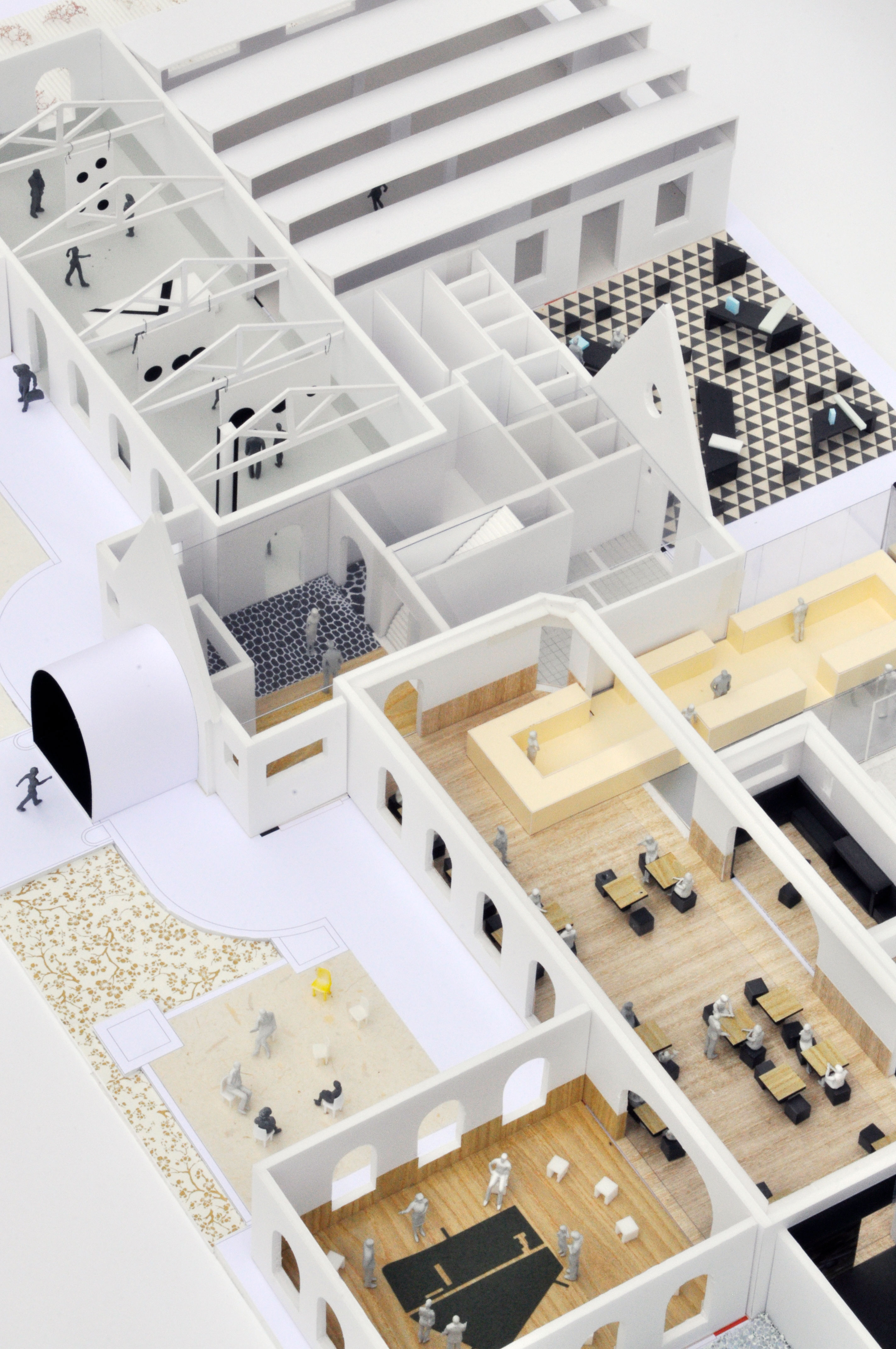