The client is one of the world’s largest manufacturers of fragrances and flavors. Their products are used in many foods, perfumes and detergents. The development laboratory will expand in the near future. The existing headquarters, built in the 1970s, is characterized by its detached location on a plot with a rich natural vegetation.

The office building has three floors. A basement half sunken in the garden and on top two floors that seem to merge into one because of a bronze mirrored façade. Because of the mirroring effect, the existing building blurs visually with its natural surroundings.

To strengthen the existing relationship between building and nature was the starting point of the design of the new extension of the building. The half sunken first floor is expanded creating a big plateu, making the upper two floors of the building seem to be placed on top. The roof of the extension becomes the main entrance, on the same location as the existing entrance. In the plateau workplaces and laboratories are housed in a big open interior.

Patio’s provide the plateau with daylight and give employees the opportunity to get some fresh air without leaving the secured environment of the building. Because of the half sunken condition of the plateau all working places have an atmosphere whereby concentration is central but at the same time are also in touch with the sky, plants and trees of the surrounding; the inspiration and ingredients of the company.

In collaboration with: Ideal Projects 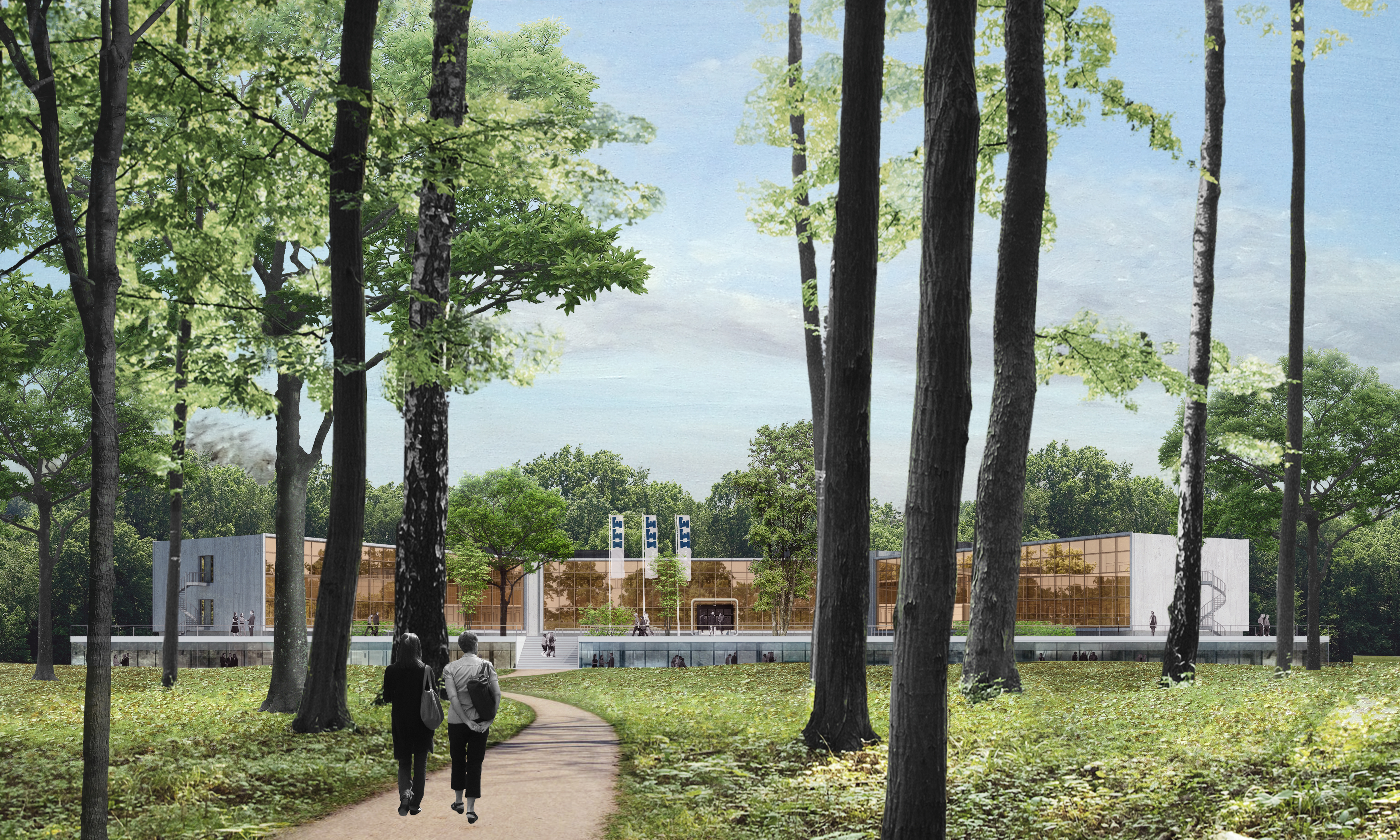 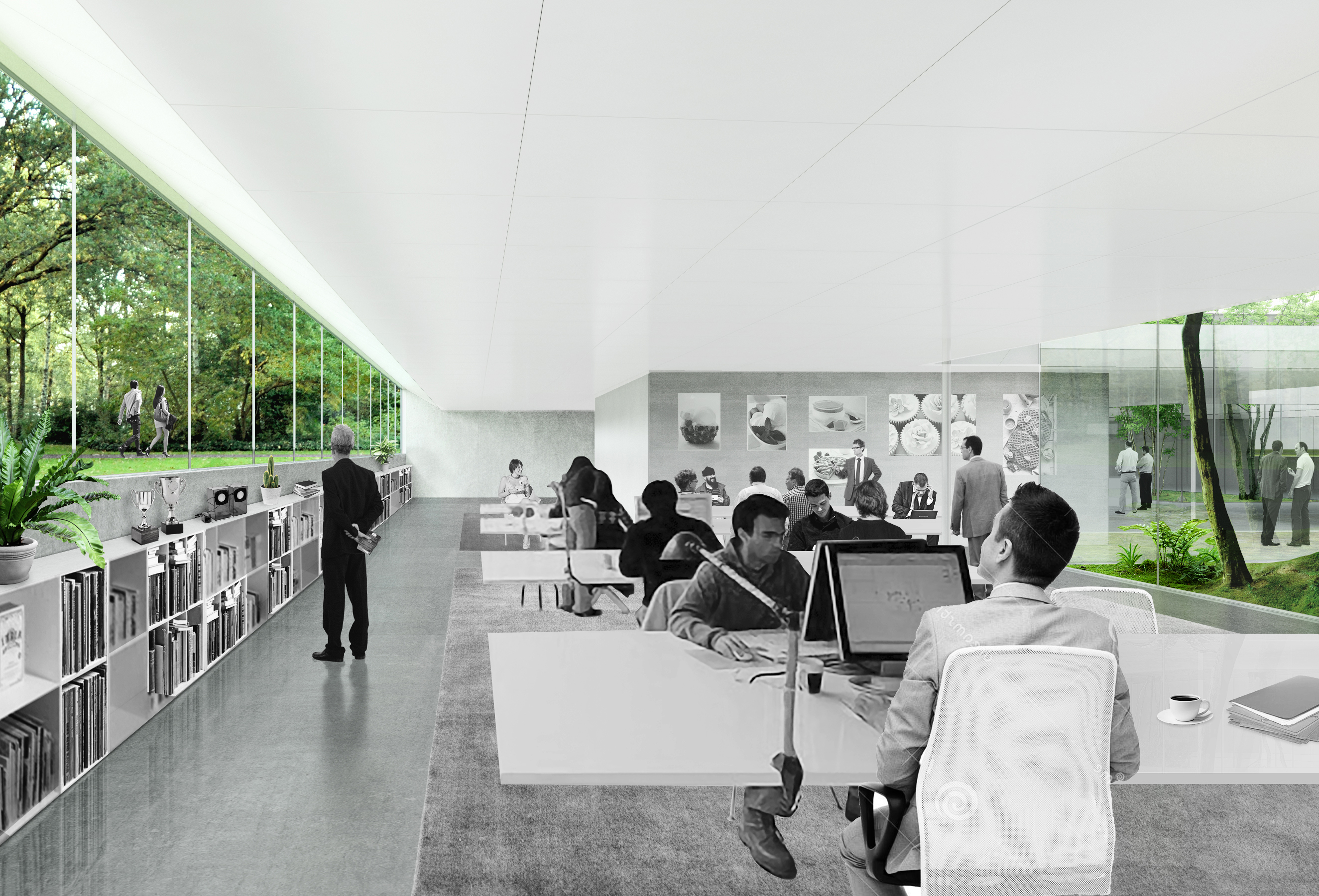 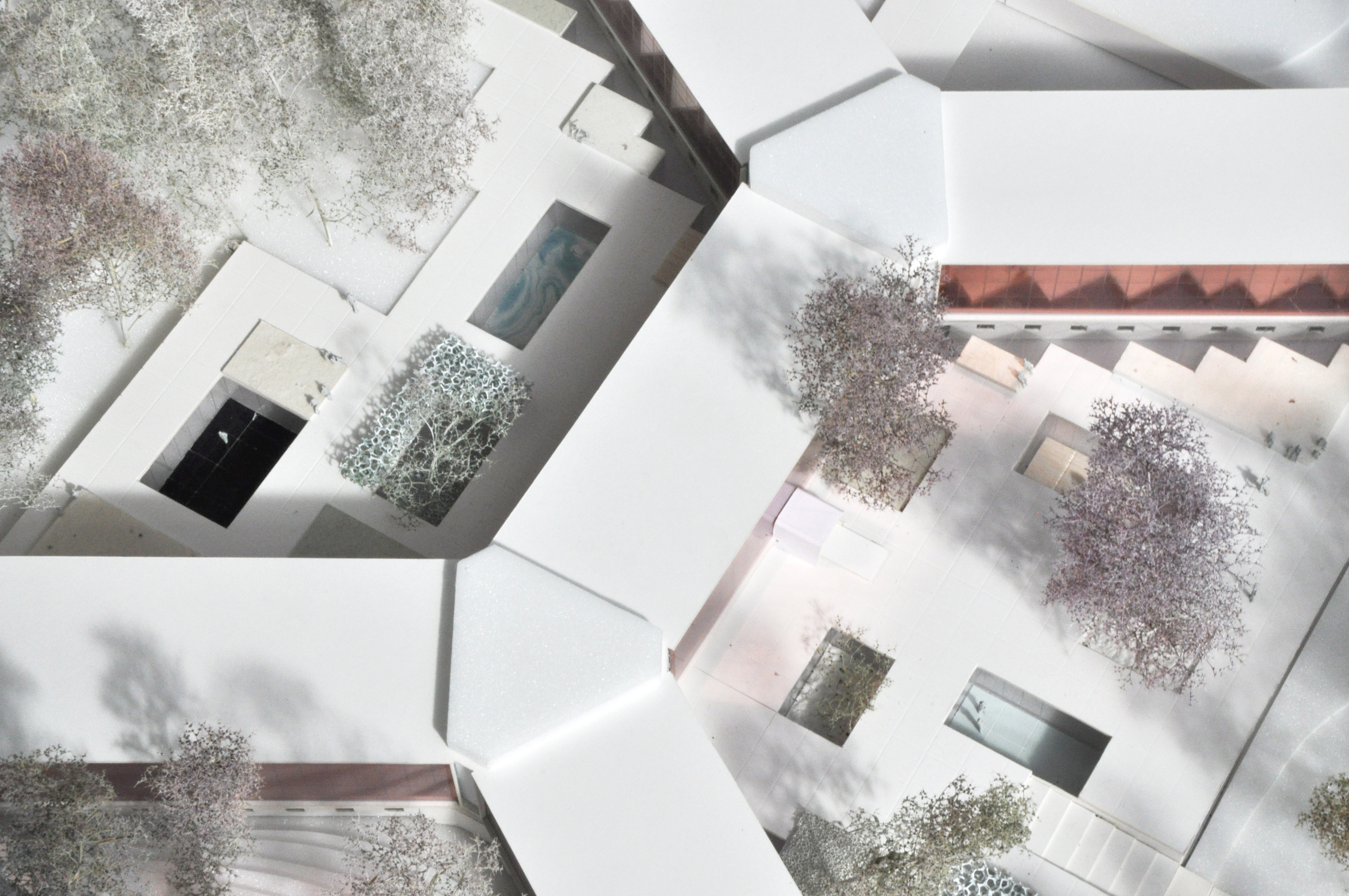 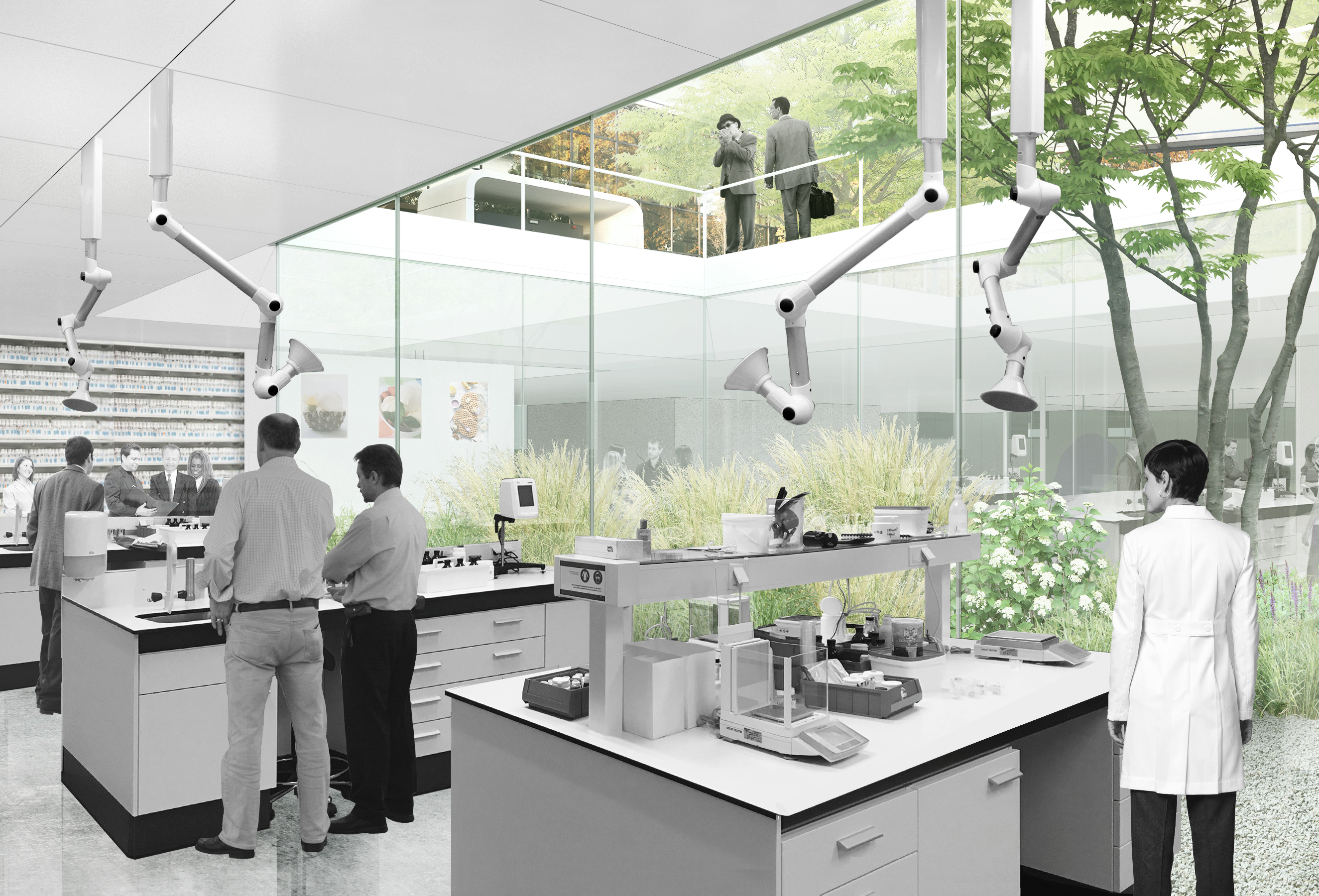 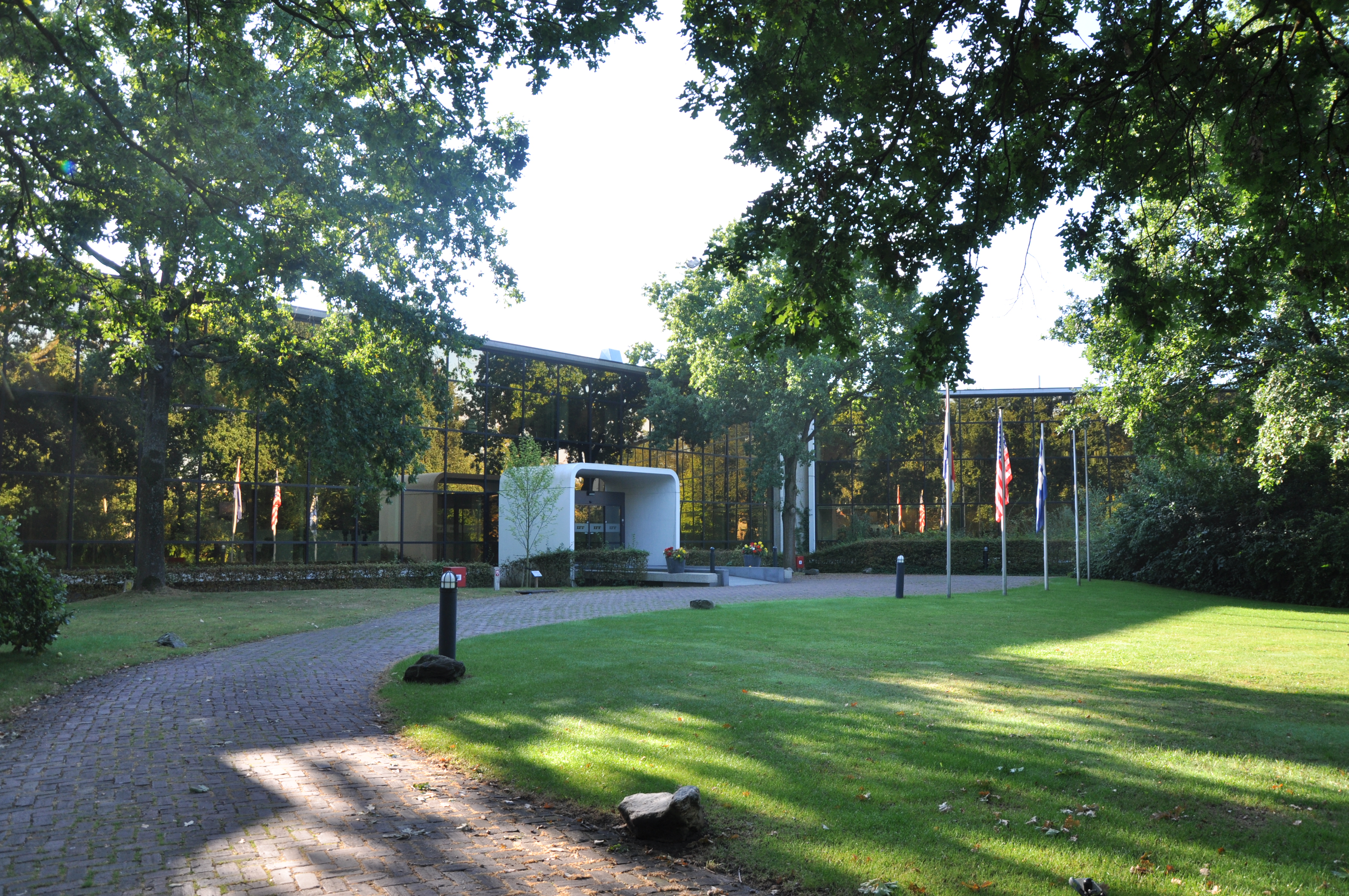