Ås is a municipality part of the Oslo region whose population will double in the next 25 years. An important reason for this development is the expected growth in the Oslo region. Besides that the Norwegian University of Life Sciences (UMB), the university located in Ås, expects a strong growth the next coming years. The area surrounding the trainstation of Ås will play an important role in these future developments. The proposed urban strategy is to clarify the borders between rural and urban in order to strengthen the qualities of both the countryside and the city. To create this border, a green cultural corridor is introduced that makes a connection between the centre of Ås and the UMB. This corridor is car free and will guarantee a safe and fast connection for pedestrians and cyclists. This corridor will also house the public program, which will be needed at the moment when the city will expand. Perpendicular to this corridor a high-density housing strip is proposed that will accommodate the high demand of houses in the near future.

The site that will start this new development is located directly next to the station on the intersection of the green corridor and the urban strip. On this site program of both UMB and the city will be brought together within a walled garden, a hortus conclusus. This high-density cluster of programme will function as a catalyst for the future development of the city of Ås. Several buildings form according to the jury of the competition ‘a jewel box of urbanity’. The composition of the urban ensemble refers in a subtle way to the modern aesthetics of the Odd Tandbergs paintings, to whom a museum on the site is dedicated. 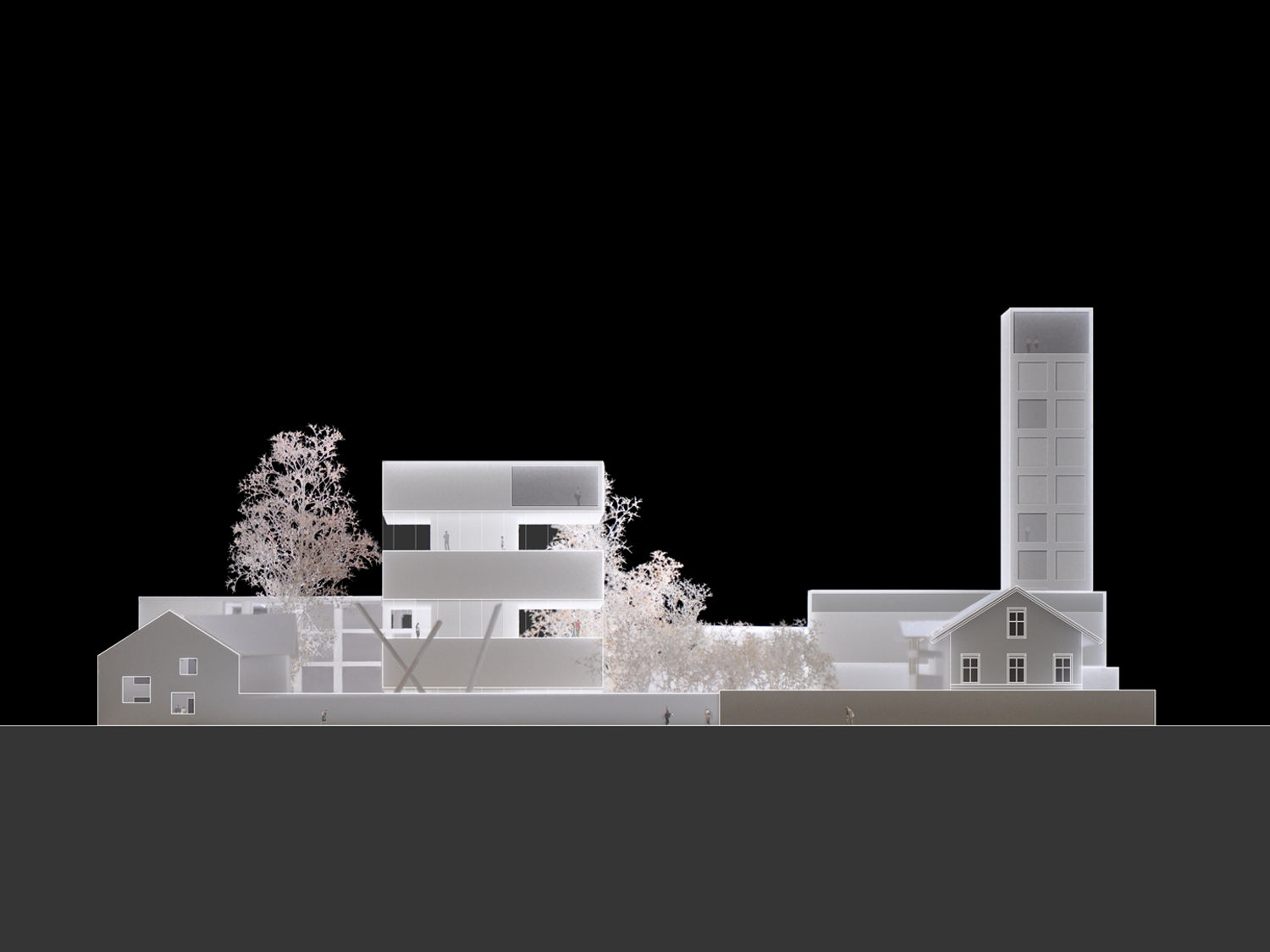 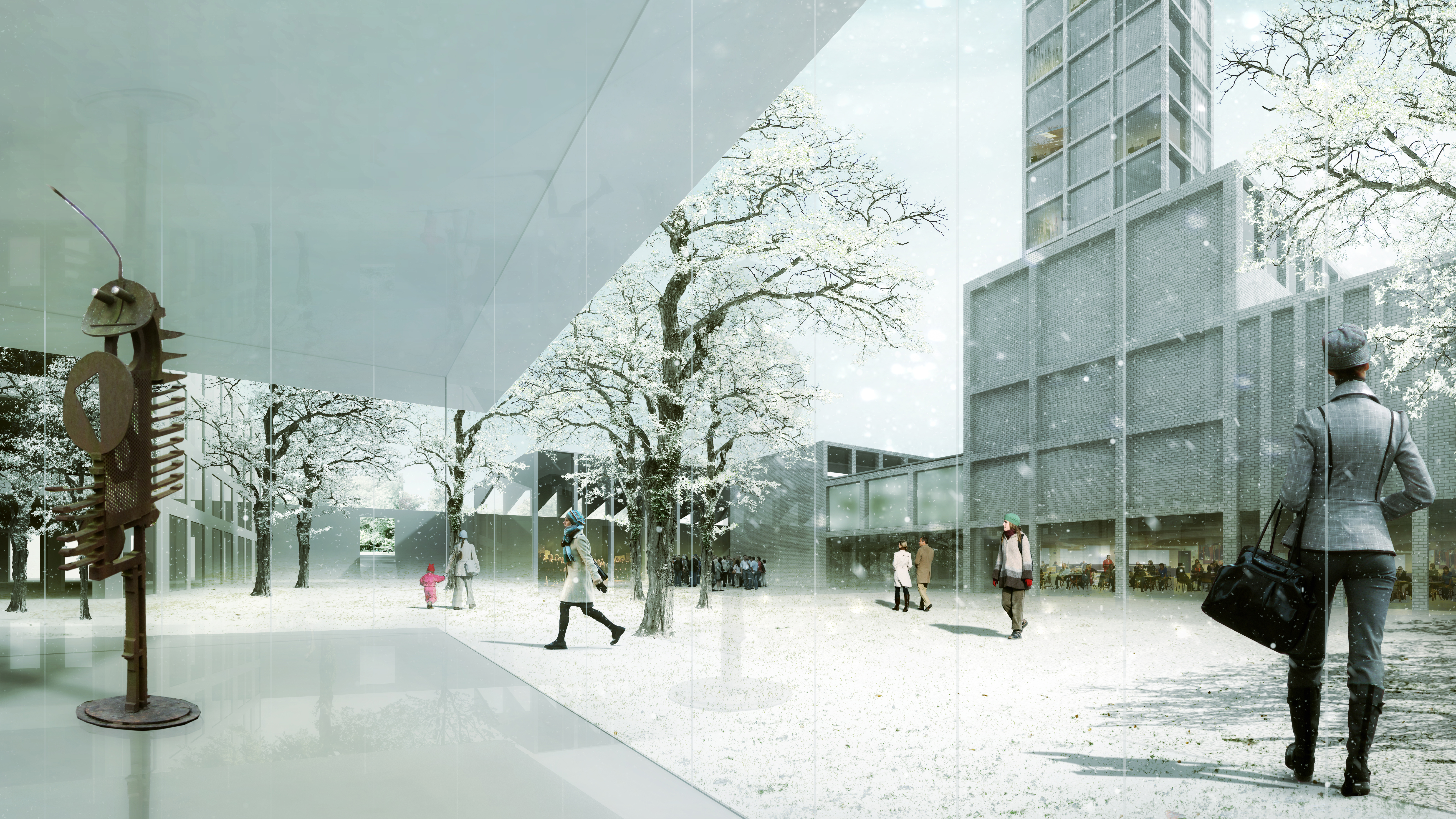 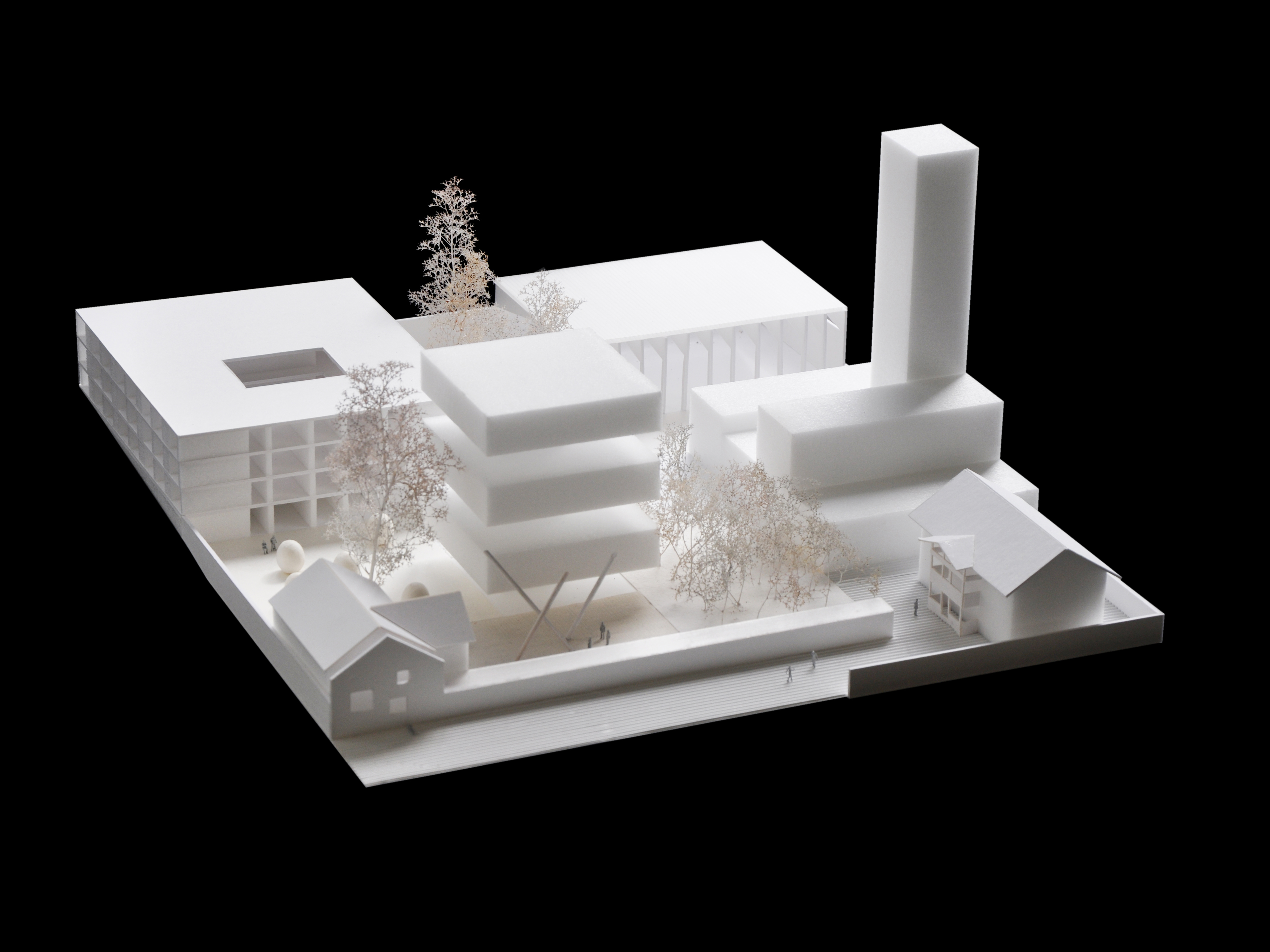 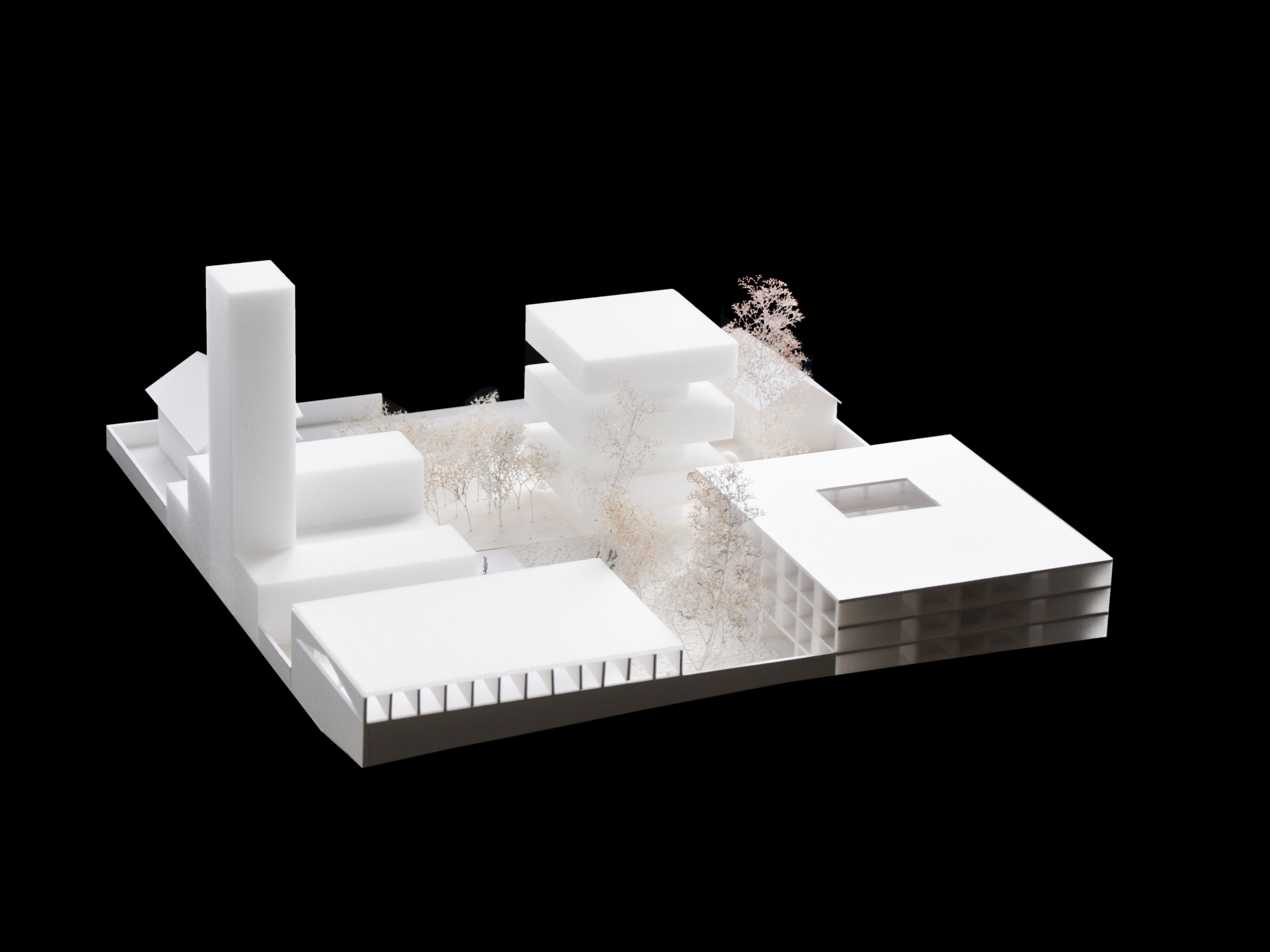 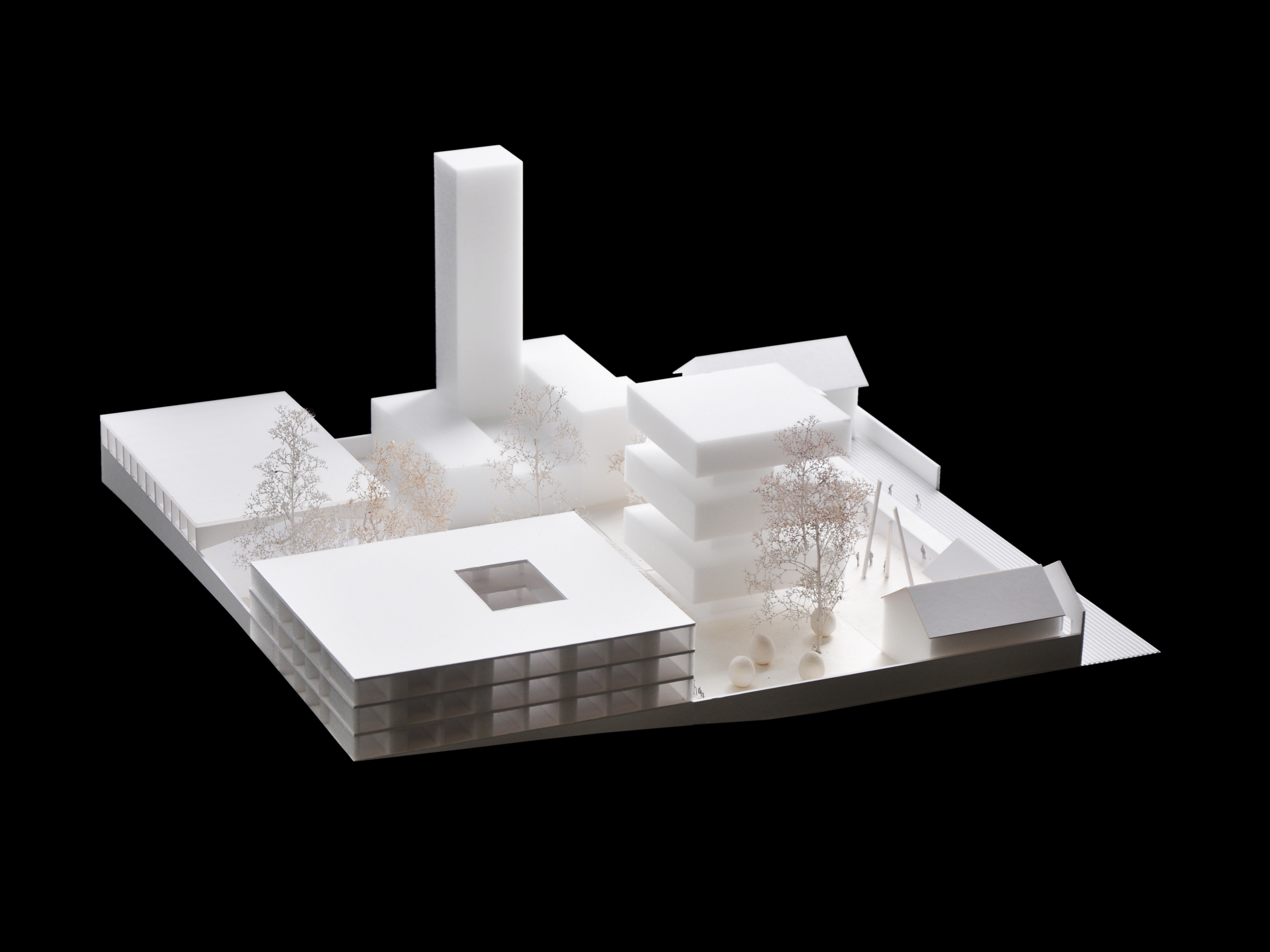 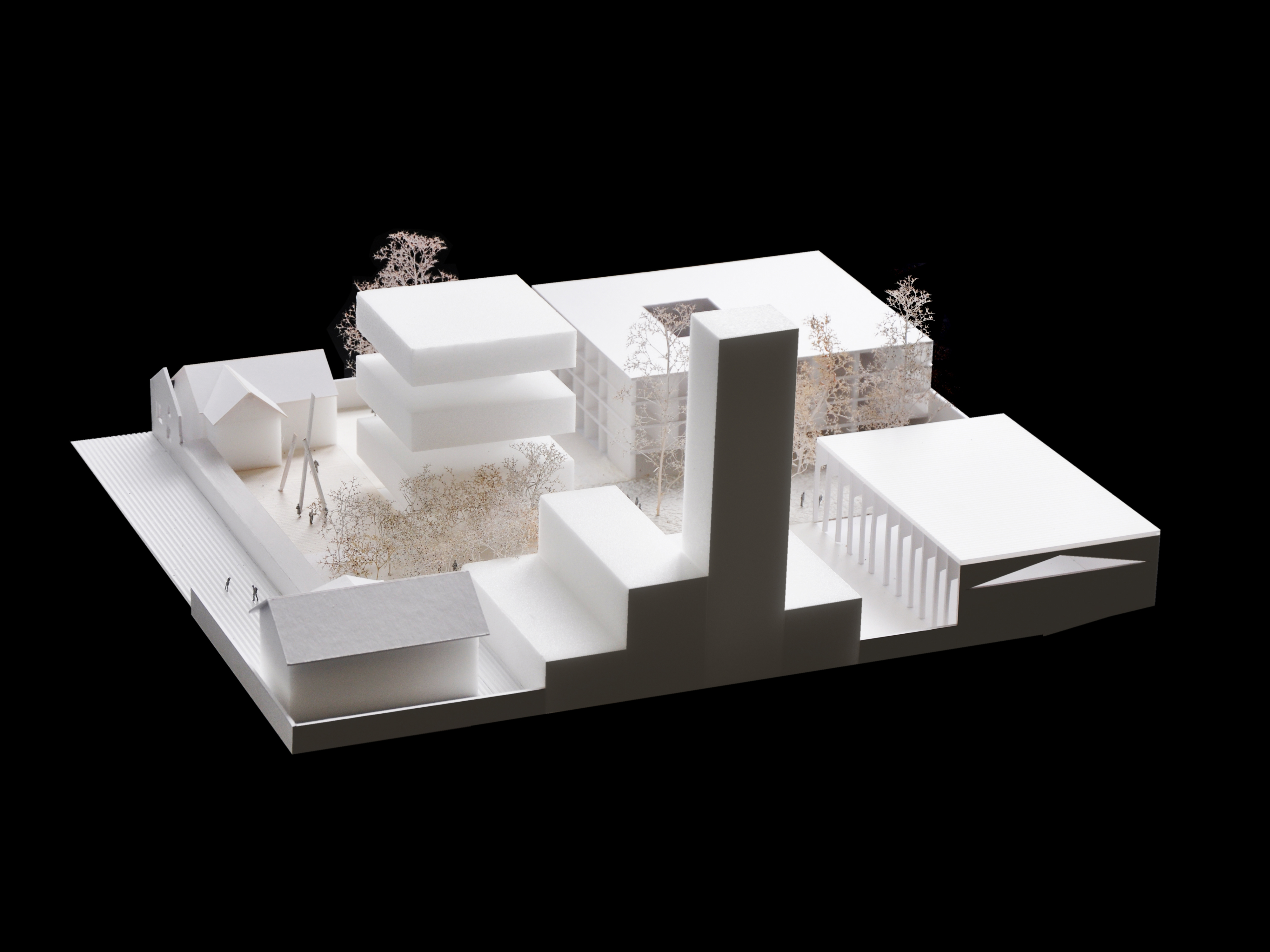