Although the harbour will continue to function as a place for transhipment of goods, it has lost one of its biggest customers: the grain silo. The building dates from 1961 and was the first building in Europe to be constructed with a sliding formwork. Although it is not in use anymore, it still is the pivot in the existing urban ensemble at the moment.
A total of 8000 square metres of programme is added to the relatively small site, containing a mix of leisure, production, culture and housing. Buildings, programme and people are juxtaposed in such a way that a unique and vibrant neighbourhood will arise.
An elongated apartment building containing student and residential units is added to the site. The building takes the width and length from the ships that are moored in the dock. The building is lifted from the ground level so the view at the water and harbour is maintained.
Two residential towers are planned at the southern part of the site with workspaces in the plinth. The larger of the two towers contains the main vertical circulation and is connected with bridges to the smaller tower with duplex apartments.
Other buildings added are two parking towers, a theater and atelier spaces facing the new square that is designed for markets and festivals.
The silo will be transformed into a gallery space, and will become the exhibition venue for the entrepreneurial cultural sector where not only artists but also private collectors show their work. On top of the existing structure of the silo, overlooking the city, a restaurant on two floors is proposed. At night this space will become the new beacon of light for the city. 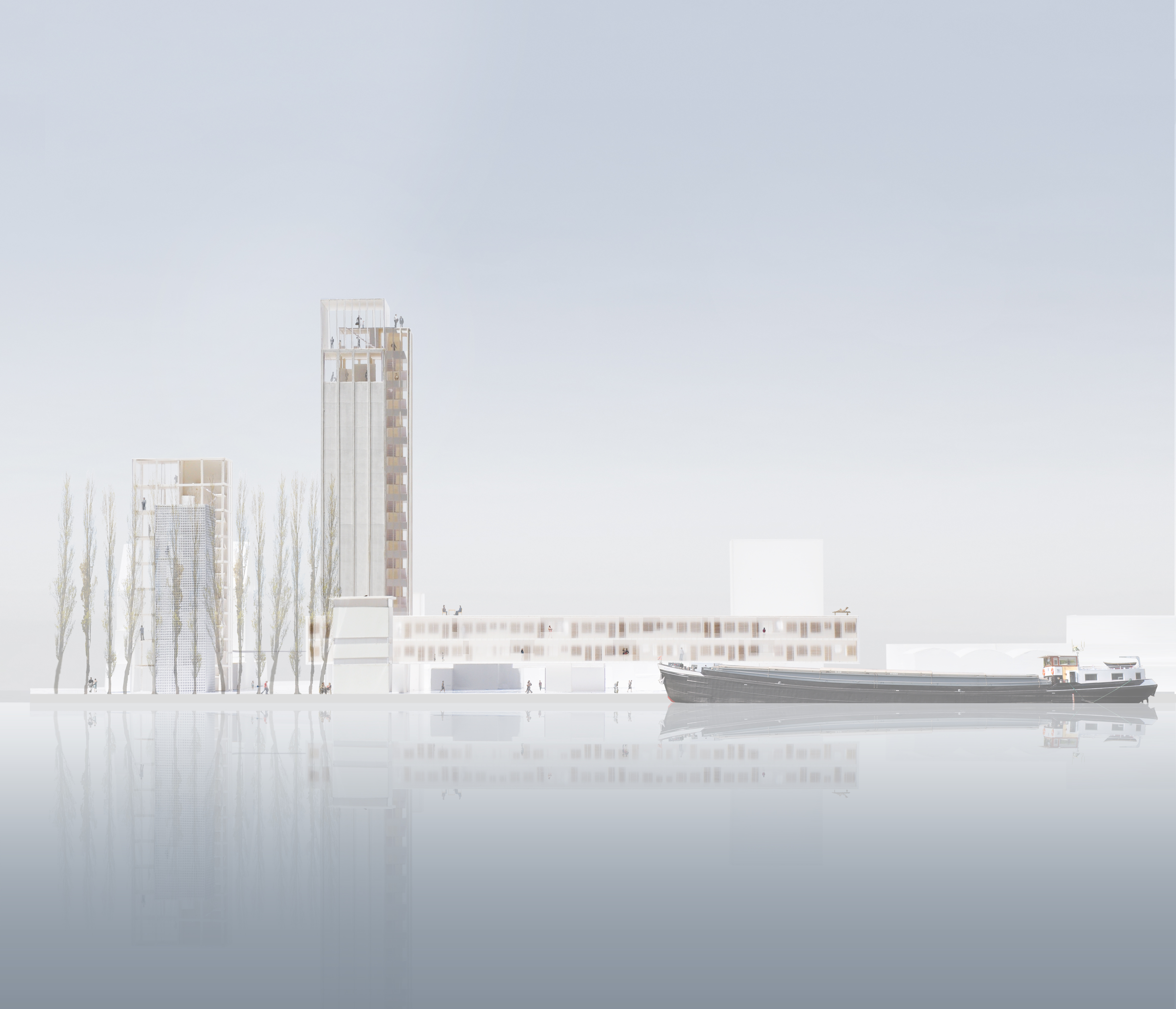 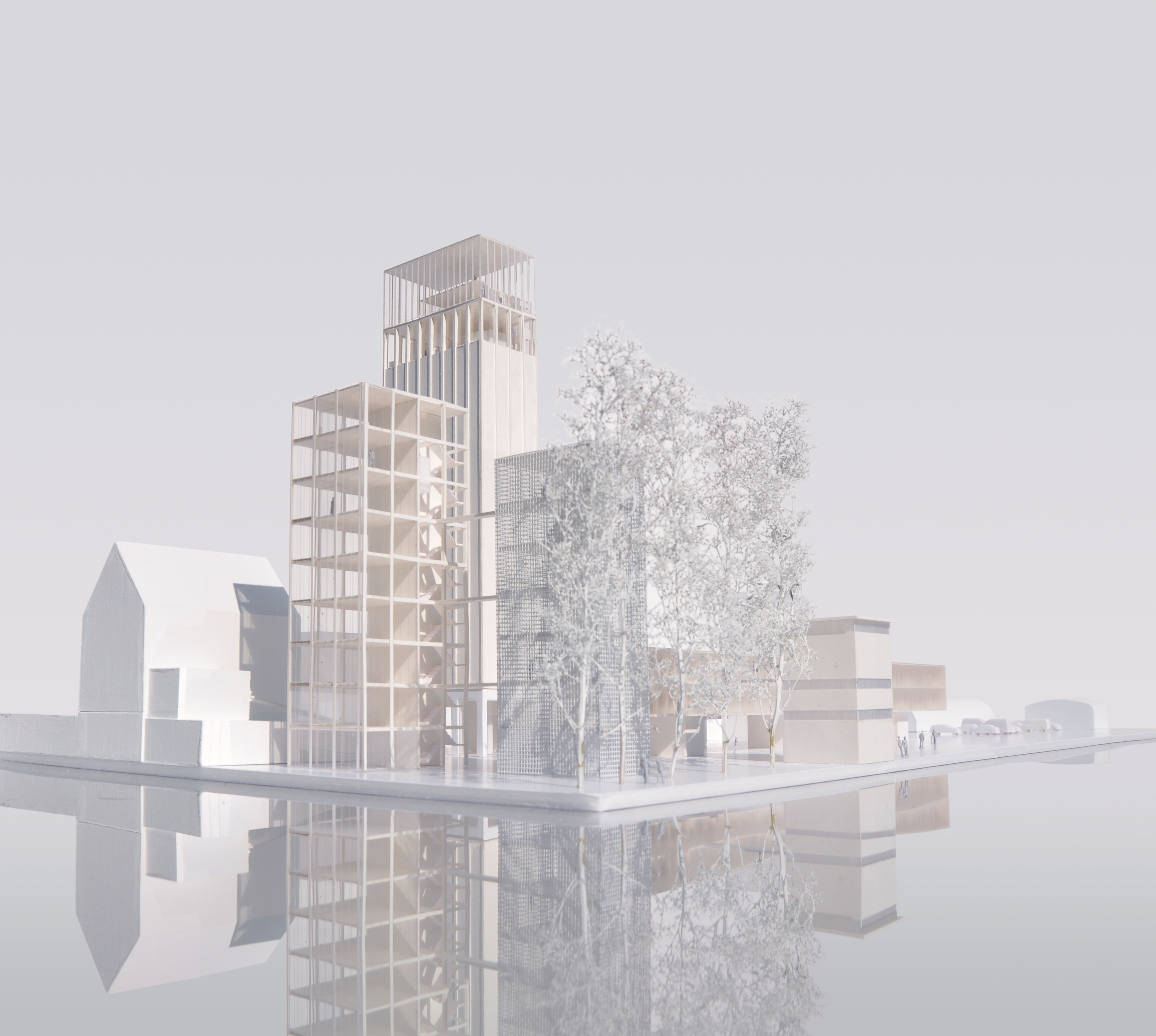 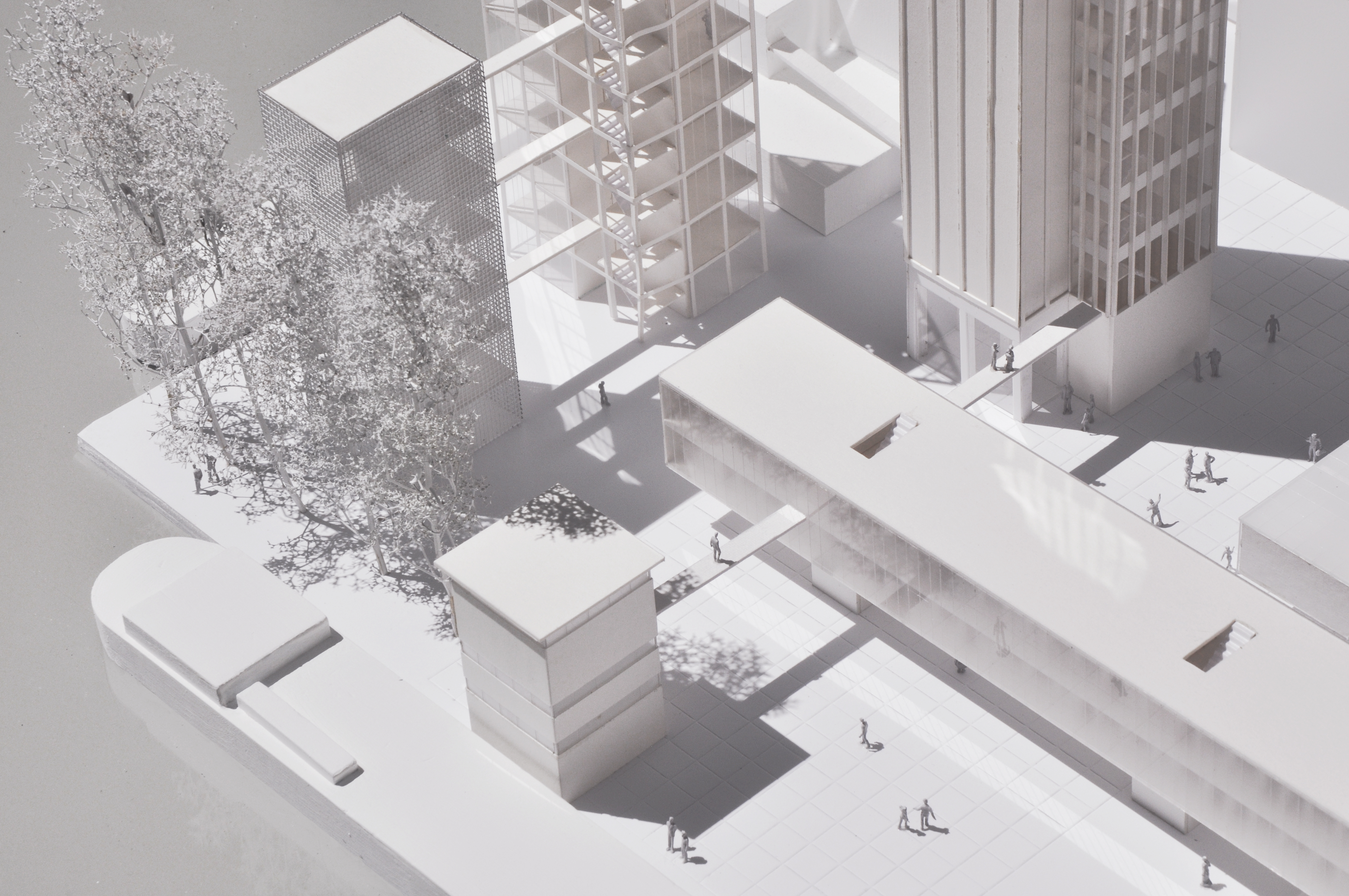 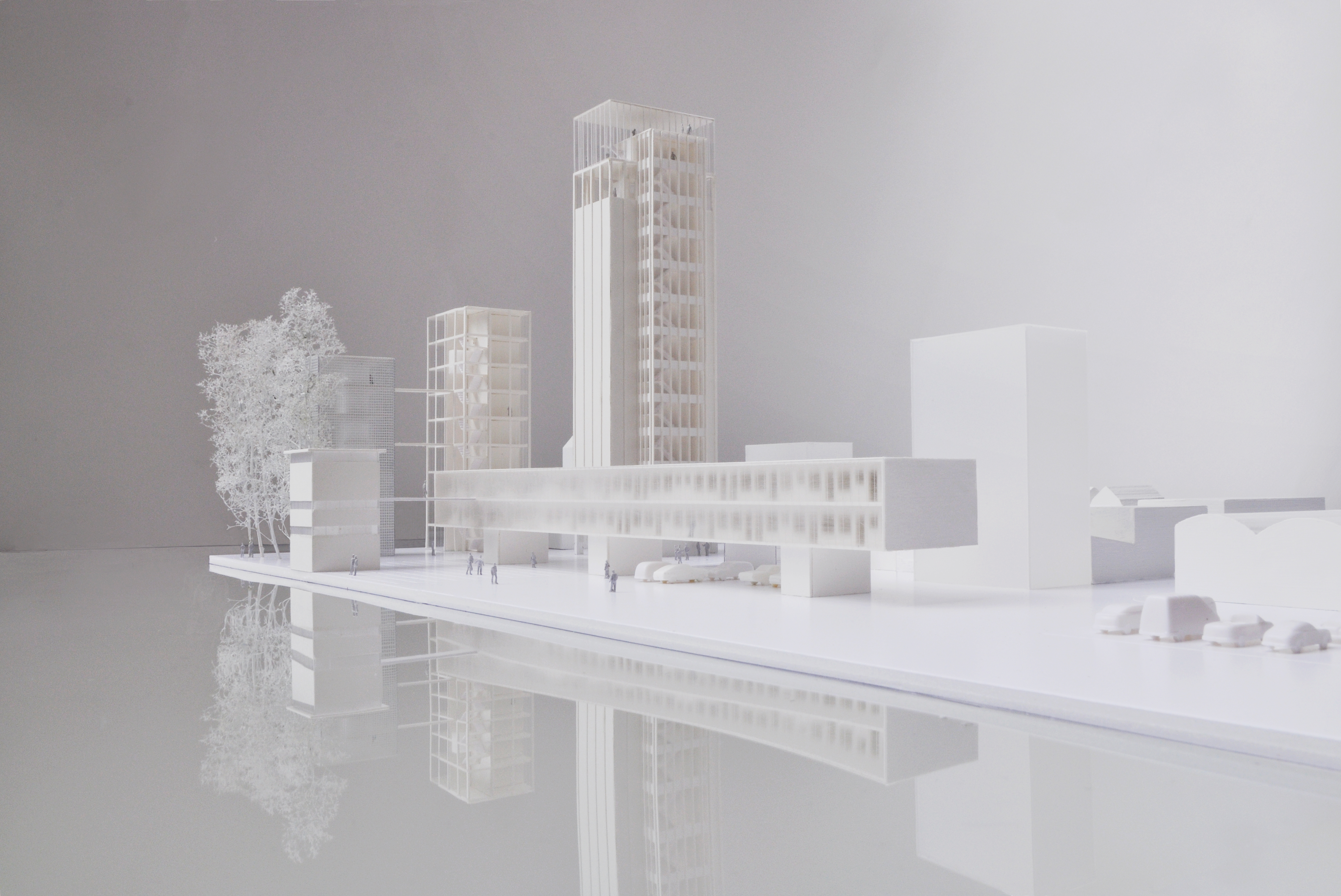 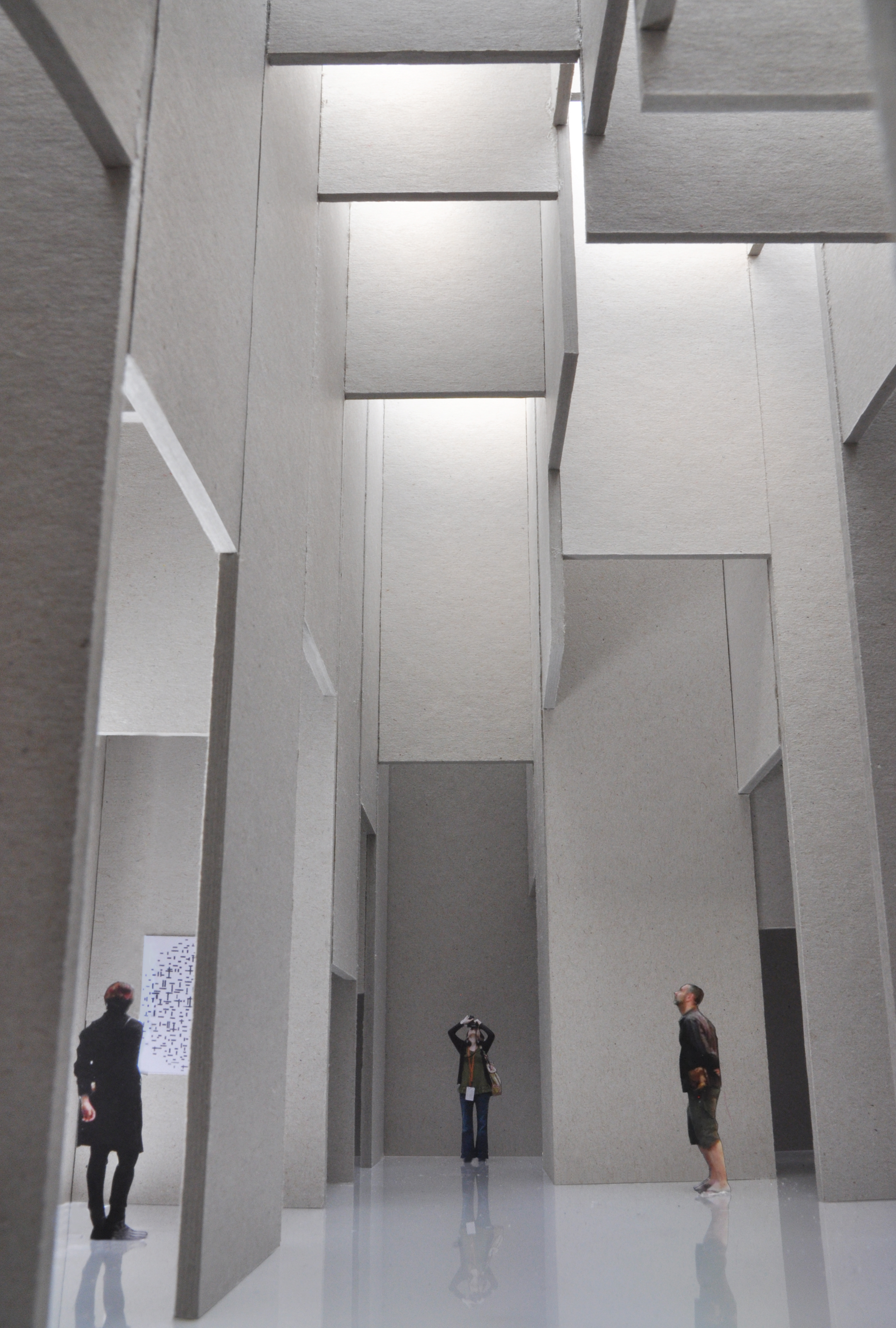 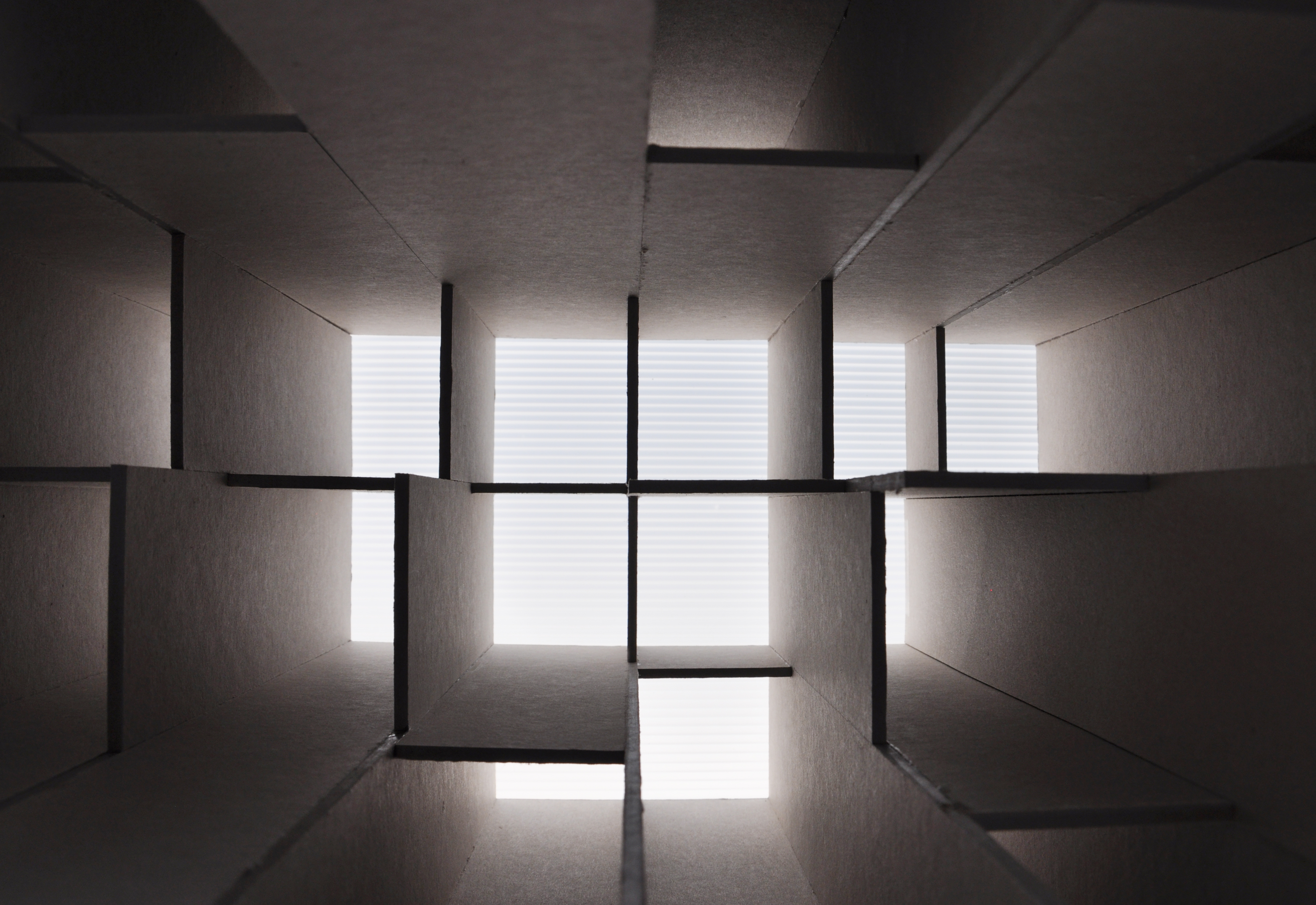 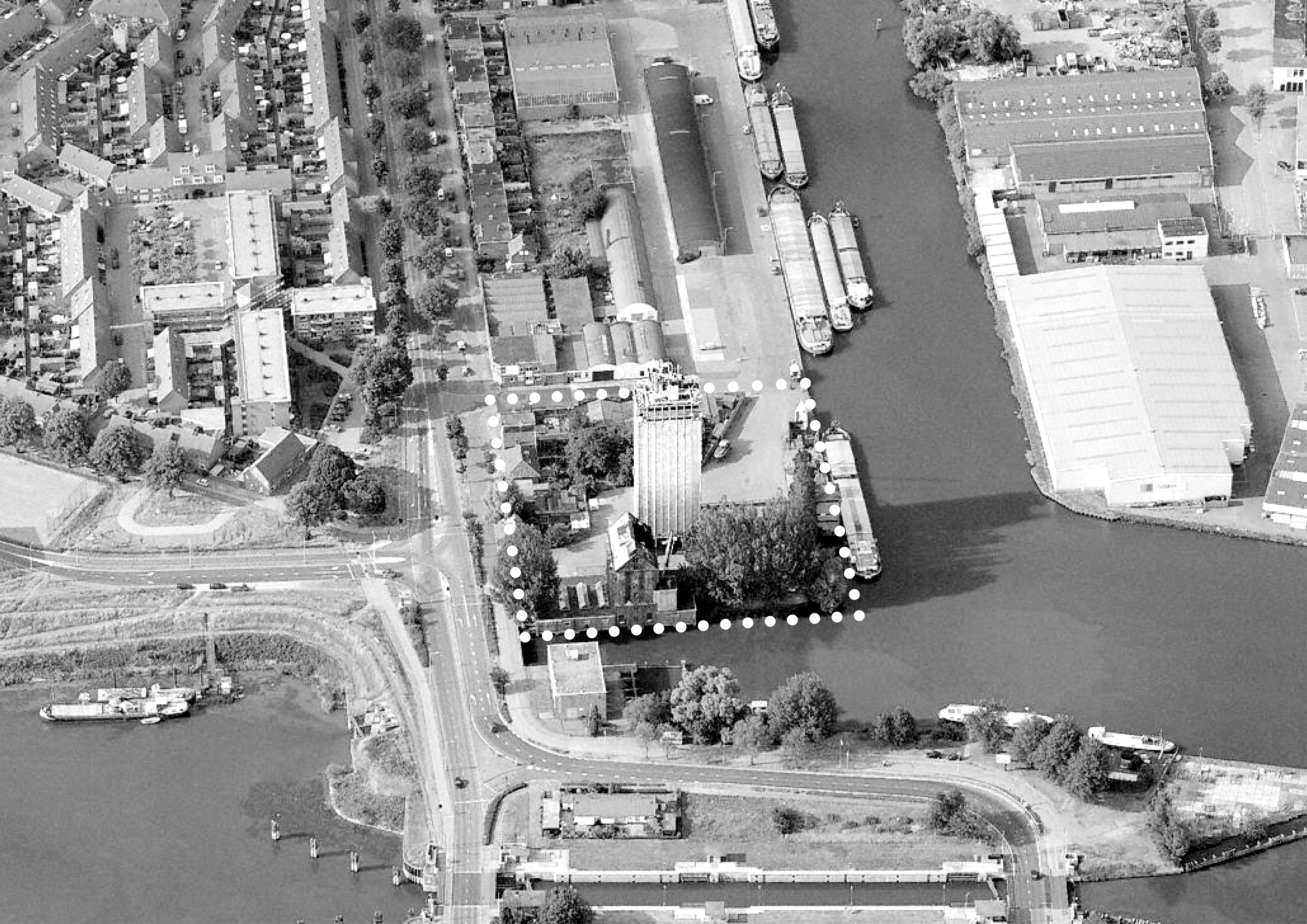