A city can’t live without light. Our proposal for the 2017 edition of the Amsterdam Light Festival focuses on the lights that make life in a city possible but that we seem to take for granted; the city lantern. In 1669 the city of Amsterdam introduced the city lantern and from that moment every era had its own lantern, most of the times linked to a specific area of the city. The historic city centre became the habitat of the crown lantern and the Ritter lantern.

Our project ‘highlights’ those two type of lanterns by giving them a museum like background. The lanterns will all of sudden stand out from their daily context. Differences between the two lanterns become articulated, in terms of design, height and colours of their light. The project is about making the generic specific, and the ordinary special.

This years theme of the Amsterdam Light Festival is ‘Existential’. For us this meant asking yourself the questions what you have, what you need and therefore what you should add. Our project states that, in this part of the world, we already have everything we need and that we live in a time that we have to work and play with what already ‘exists’. In our proposal we don’t add a single light source, but work with the light that is already there.

The L-shaped screens are that are placed around the lanterns have no front or back. Both sides are different but equally seductive. Seen from the street the lantern will be hidden, except from its light, its crown, that will be revealed through a circular opening in the screen. From the canal side every detail of the lantern that is normally hidden in the dark will be ‘highlighted’.

The lanterns are also worth a visit during daytime, as the white background sets the lanterns apart from its surroundings, like dispersed museum of lanterns. A special moment occurs when the day turns into the night. At the moment the city lights are turned on, the installations will be turned on, not by the Amsterdam Light Festival, but by the city itself. 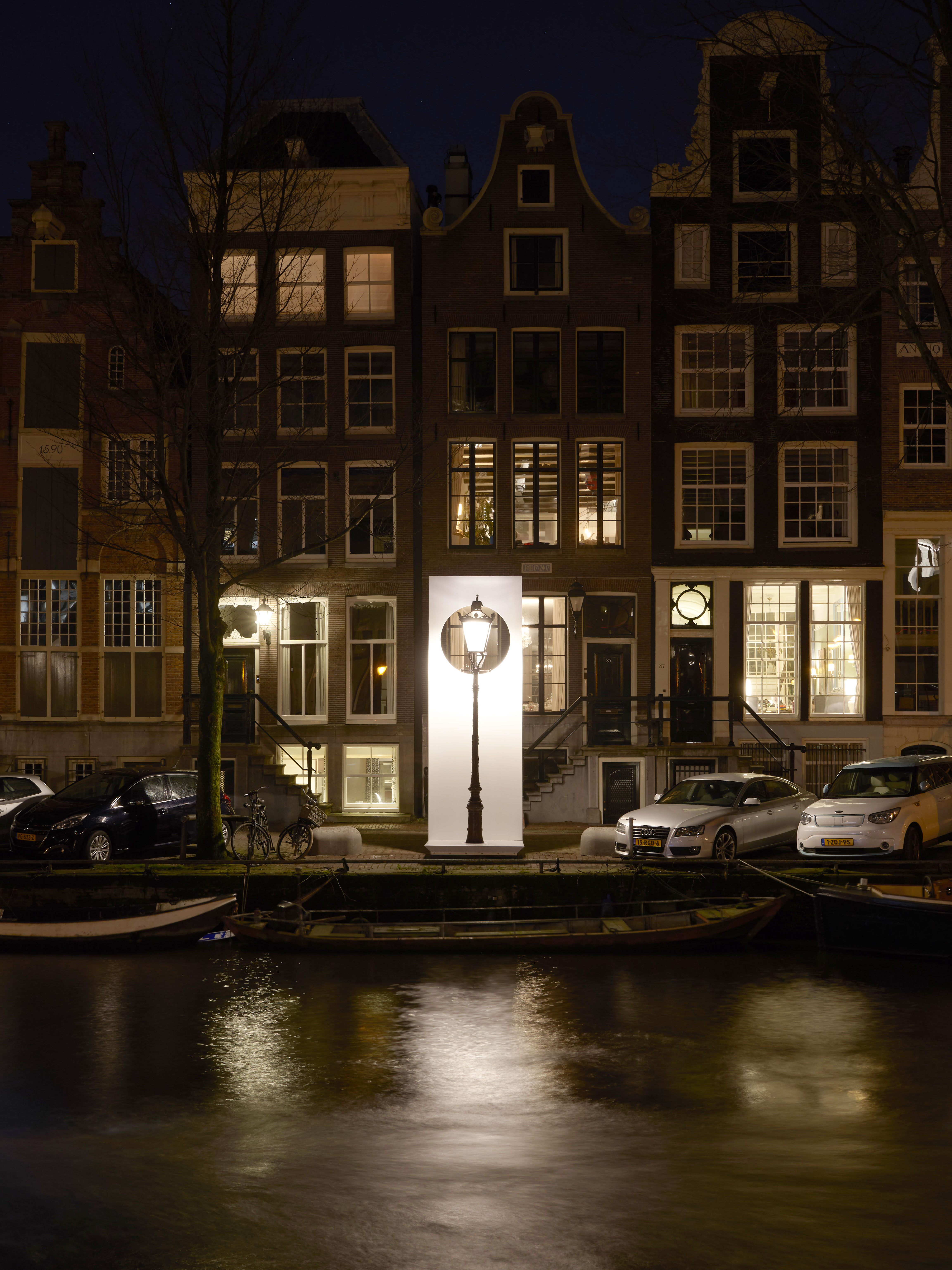 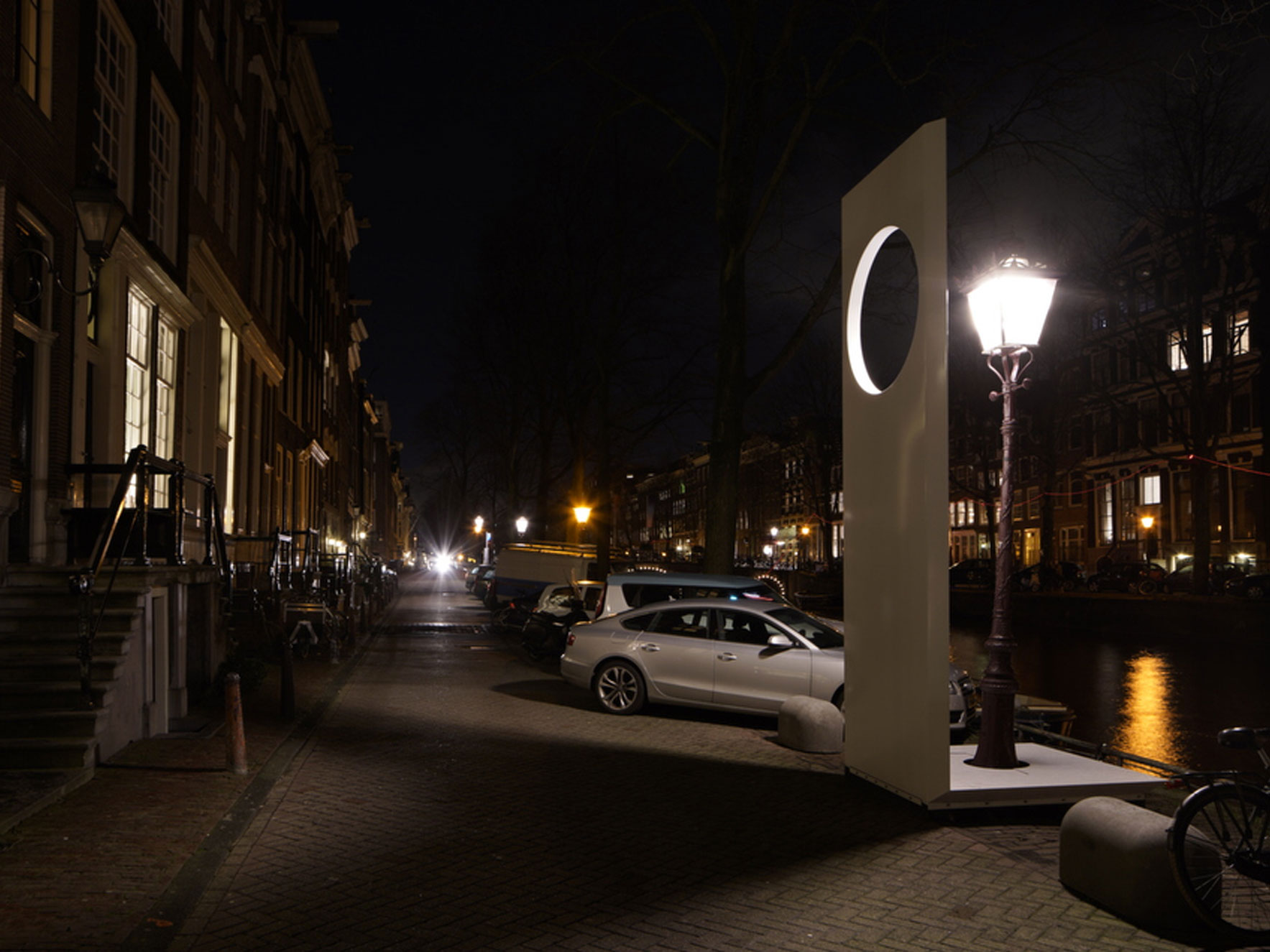