Kelbergen is a residential area in Amsterdam South-East. The low-rise district dating from 1973 was designed by Jan Sterenberg and consists of a mix of owner-occupied and social rental homes with two floors and a flat roof. A strip of low-rise buildings and a small residential tower will be added to the existing neighbourhood.

The new plan builds on the qualities of the original plan: Kelbergen 2.0. The low-rise buildings have the same urban typology of row houses with staggered building volumes, creating a balance between collective appearance and individual identity. By placing the new homes on the other side of the existing water, the water does not become a boundary, but will be an integral part and central element of the neighbourhood.

On a larger scale the project will be part of a major transformation with the construction of the Gaasperdammertunnel that has taken away the nuisance of car traffic. The park that will be built on top of the roof of the tunnel will become a connecting element between the Bijlmermeer and Gaasperdam districts. The small tower, consisting of 45 apartments of 60m2, responds to this new situation and forms a pivot point in this new urban environment. It will become a small but important landmark that connects the two neighborhoods on either side of the park not only physically but also visually.

In terms of construction, materialization and architecture, the new building follows the principle of modernism from 1970: building in the spirit of the times. The facades, walls and floors of both the tower and the low-rise buildings are made entirely of wood. Architectural unity is also created by the bamboo façade finishes and the square loggias and window openings.

For the development Kelbergen 2.0, urban planning, public space and architecture provide an integral answer to the sustainability ambition of the municipality of Amsterdam. During the design phase, there was therefore intensive cooperation with the municipality and developer to ensure that the principles of the various parties reinforce each other.

In the urban plan the focus lies on more spatial quality, more greenery, more sustainability and quality of life. The combination of sustainable architecture, social urban development and a green approach to public space are in line with the principles for ‘Rainproof Amsterdam’ and ‘Nature-inclusive Building and Design’. 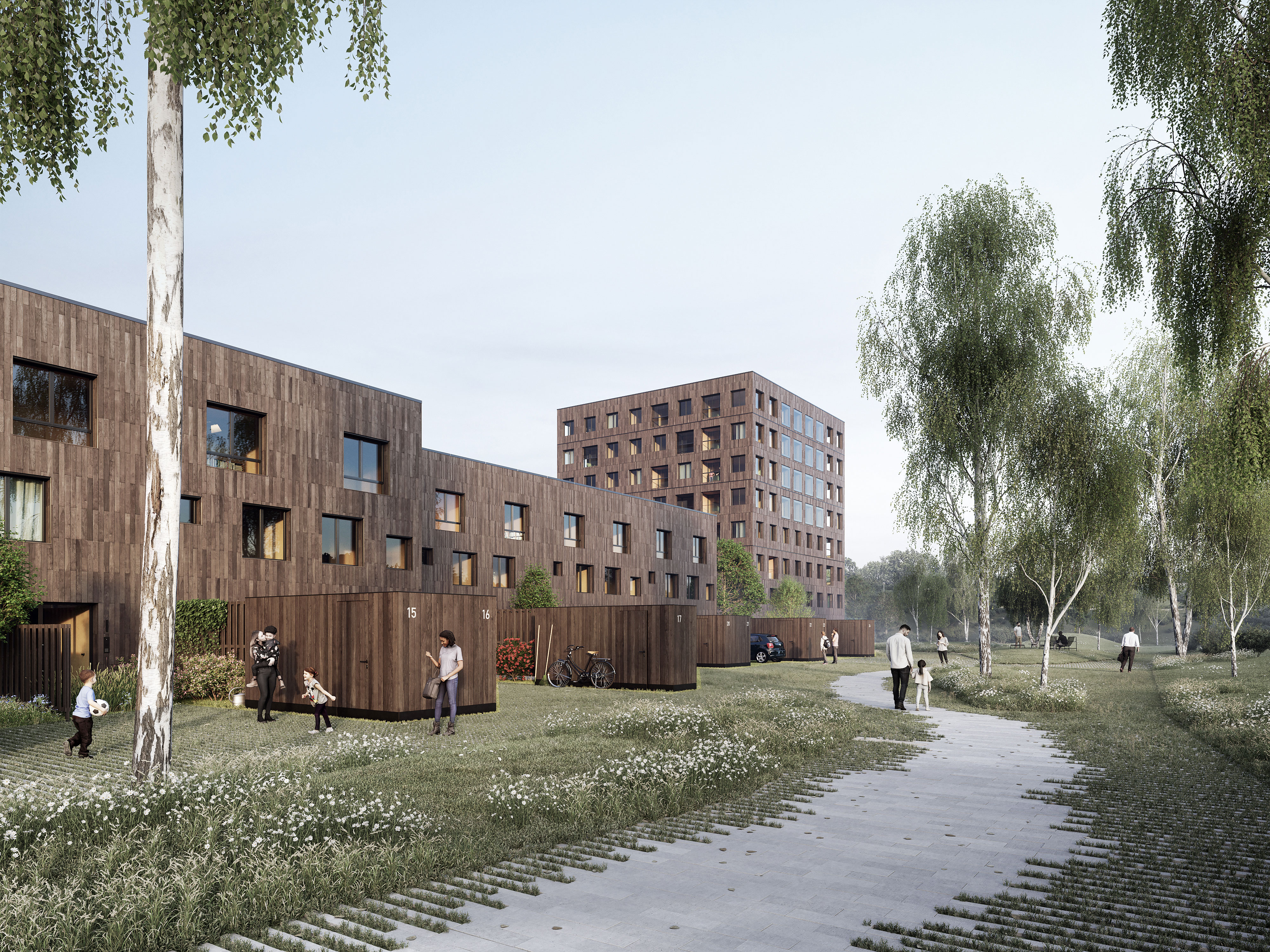 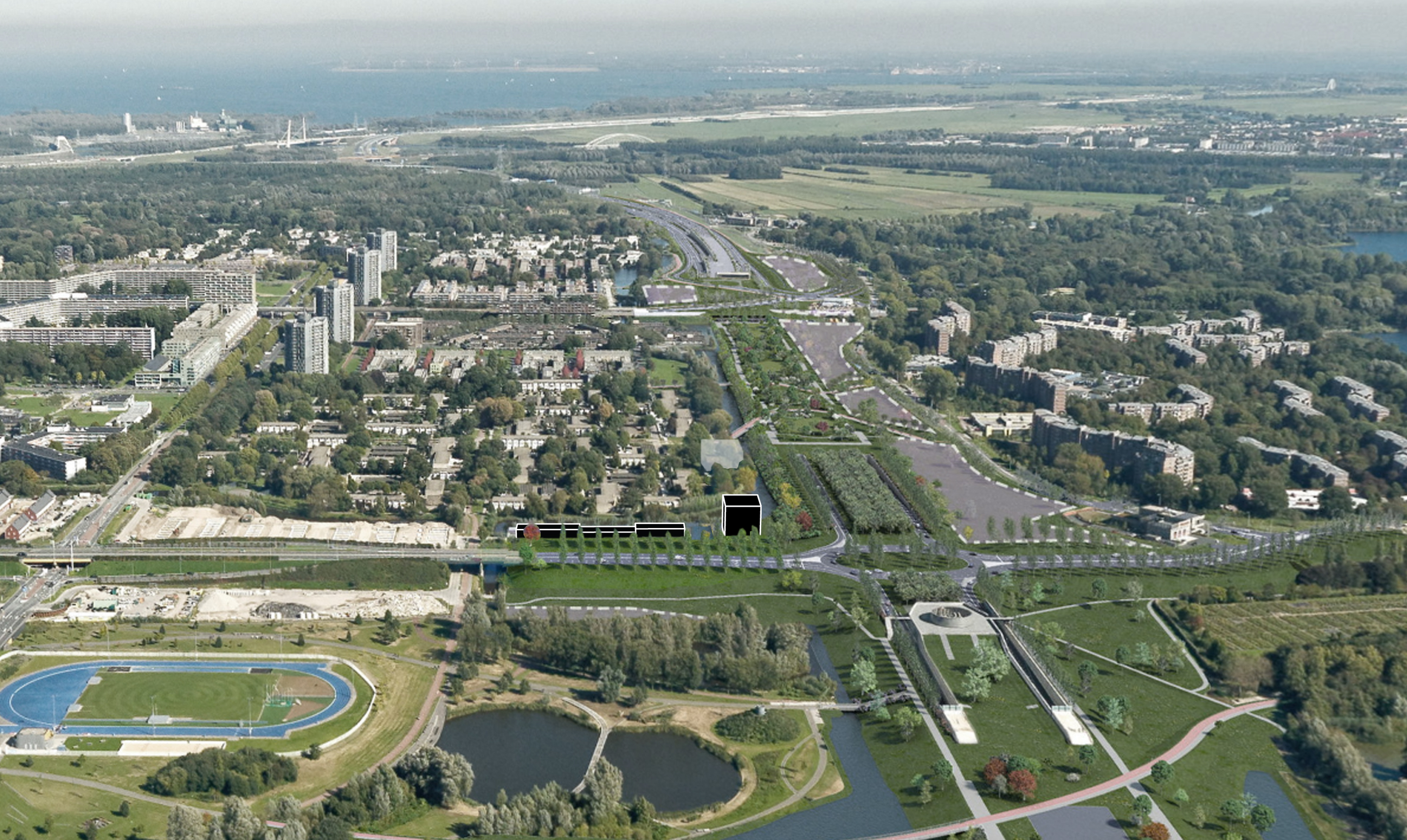 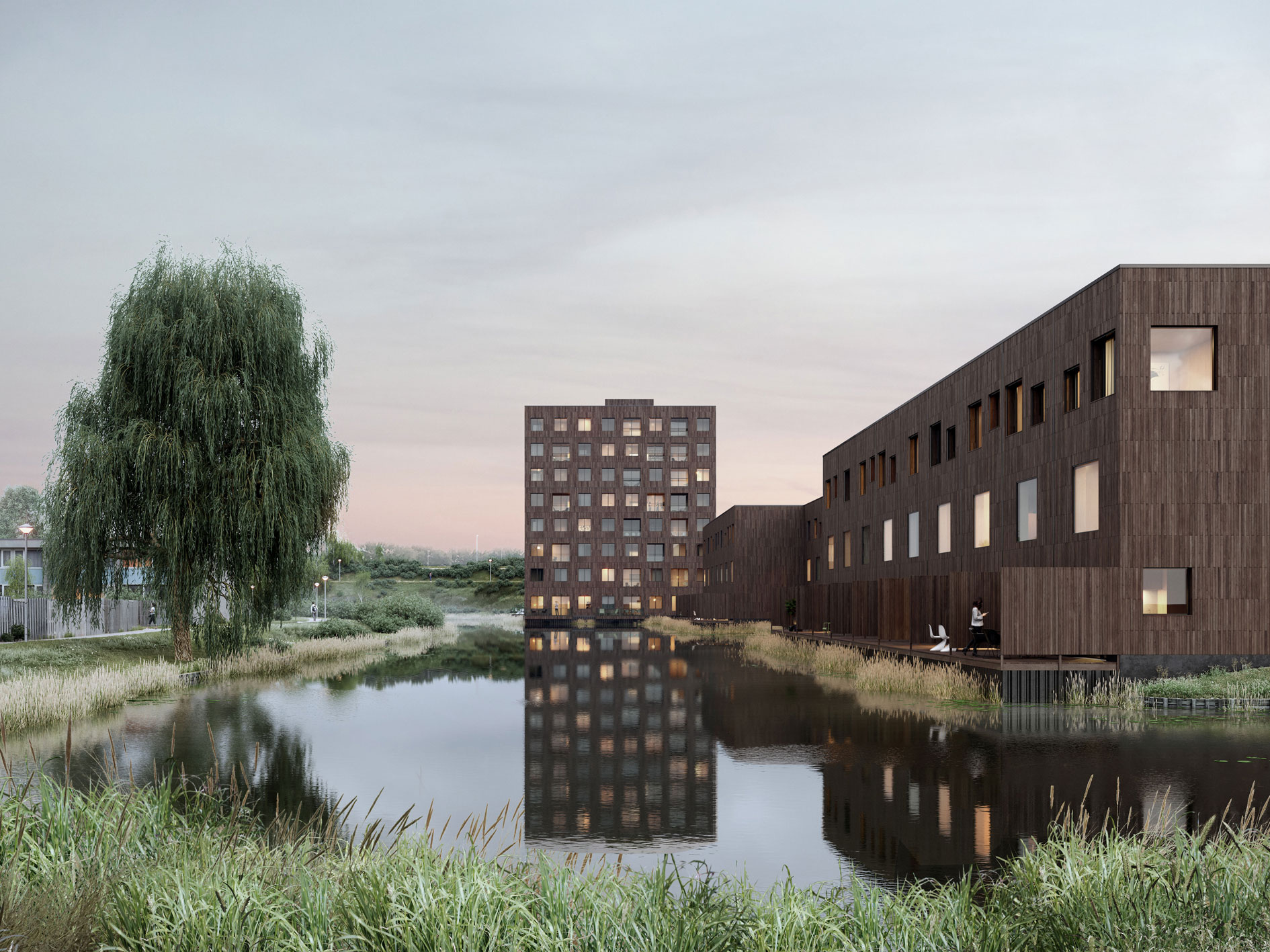