The Saint Sebastian Chapel in the Oude Kerk, the oldest building in Amsterdam, is temporarily transformed into a place for interviews and debate on the future of the historic Amsterdam city centre. The information collected in this way forms the basis for an advice to the mayor of Amsterdam, who wants to formulate answers to urgent problems such as the overcrowded city centre, nuisance from tourism, commercialisation of public space and the moving out of residents.

HOH created the scenograpy and developed three type of maps of the city centre as an aid and stimulus for the discussions initiated and led by Zef Hemel.

A map appears to be neutral at first, but in the end it hides more than it shows. It is a filter to look at reality. One map shows the historic city centre related to all the other centres in the Metropolitan Region as ‘galaxy of stars’ on a high wall of the chapel. A second map, inspired by a monstrance, shows the programmatic interaction between the centre and the periphery of the city. A third map shows the city centre as a ‘layered city’ that is unraveled in ten different layers, ten different perspectives for looking at the city. Each layer offers the opportunity to act and work from one of those perspectives.

After a month of conversations in the church, the layered map was carried in a kind of procession by students from the Oude Kerk to the town hall, where they stand in the mayor’s office. 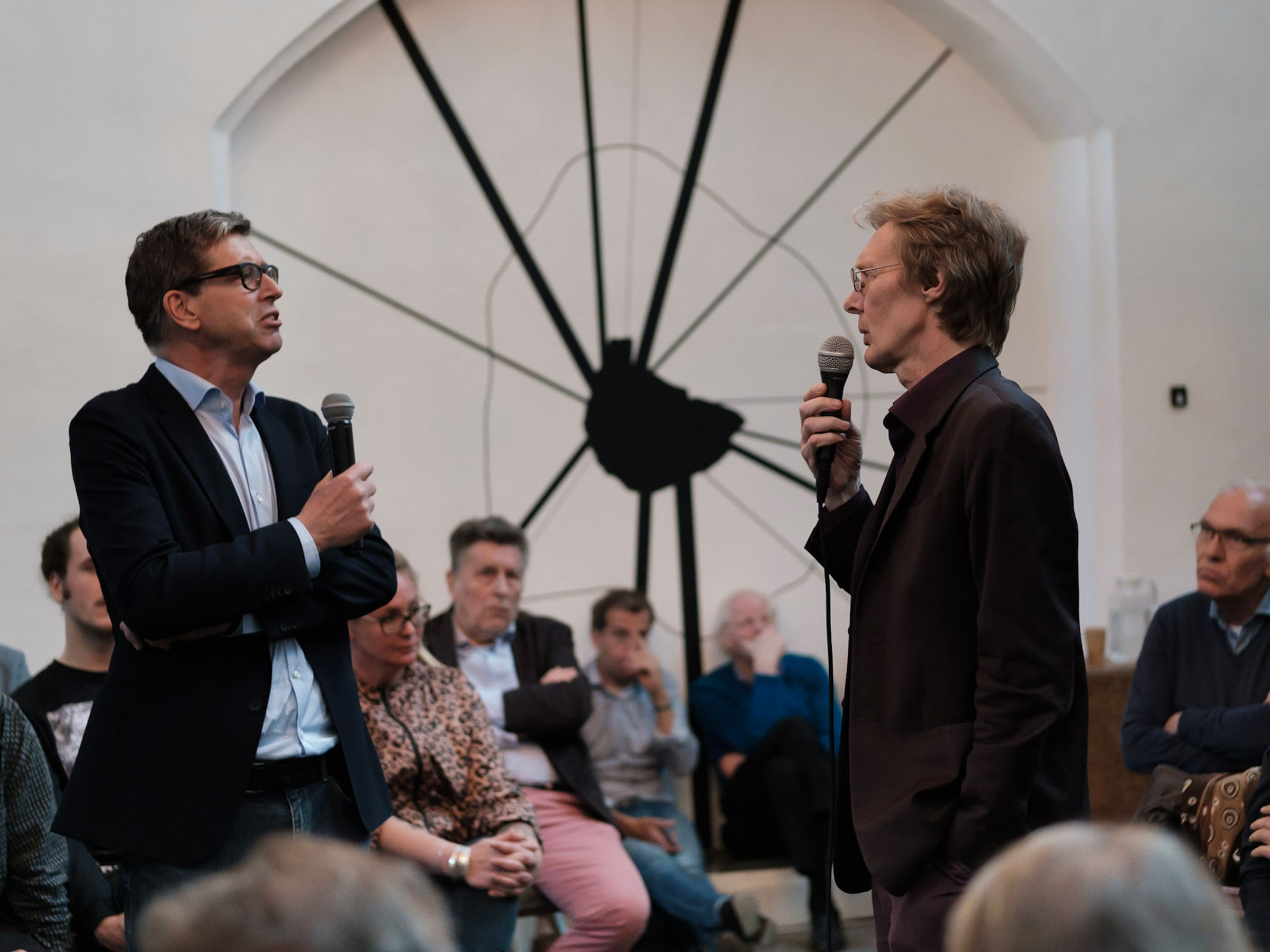 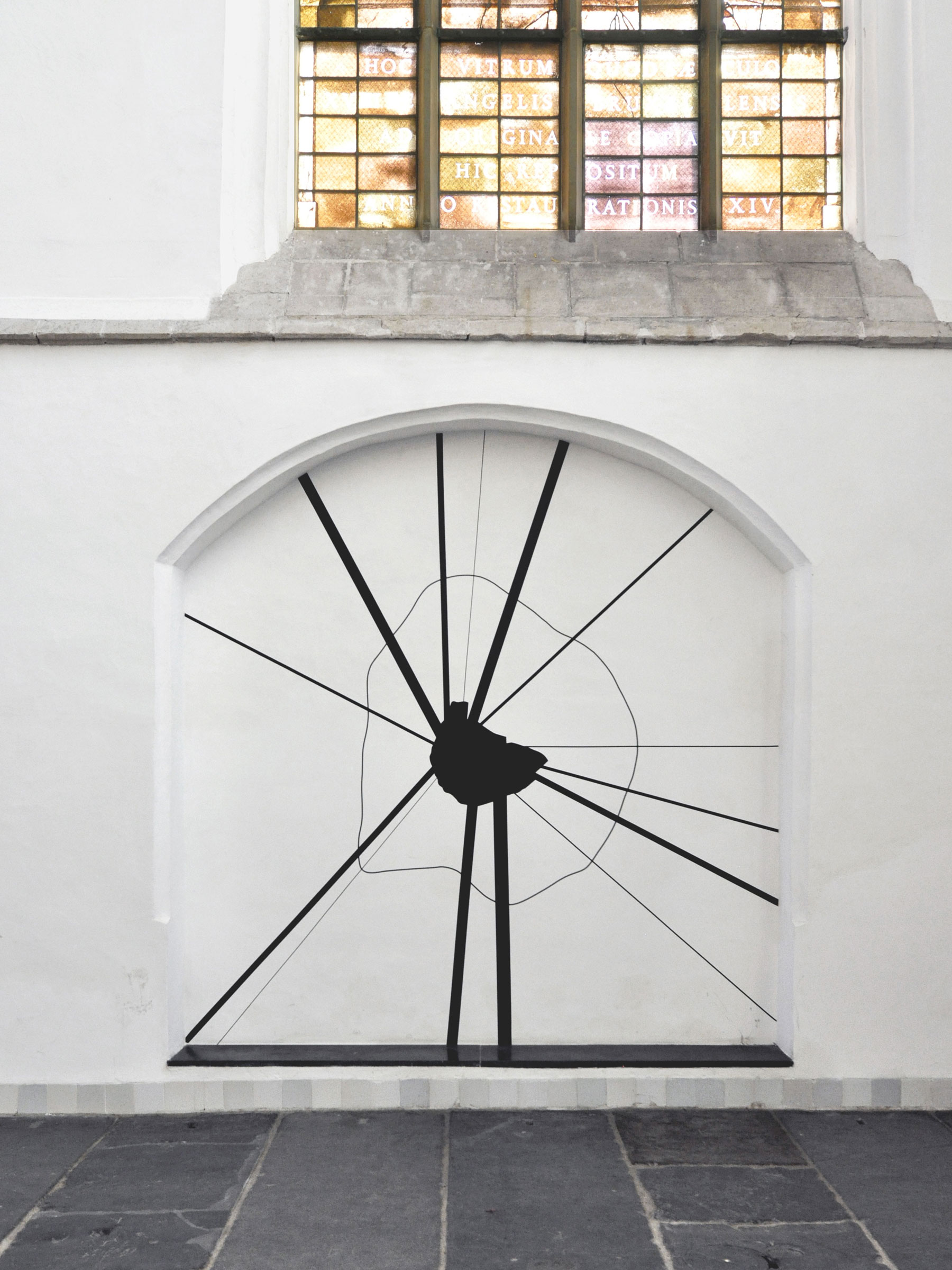 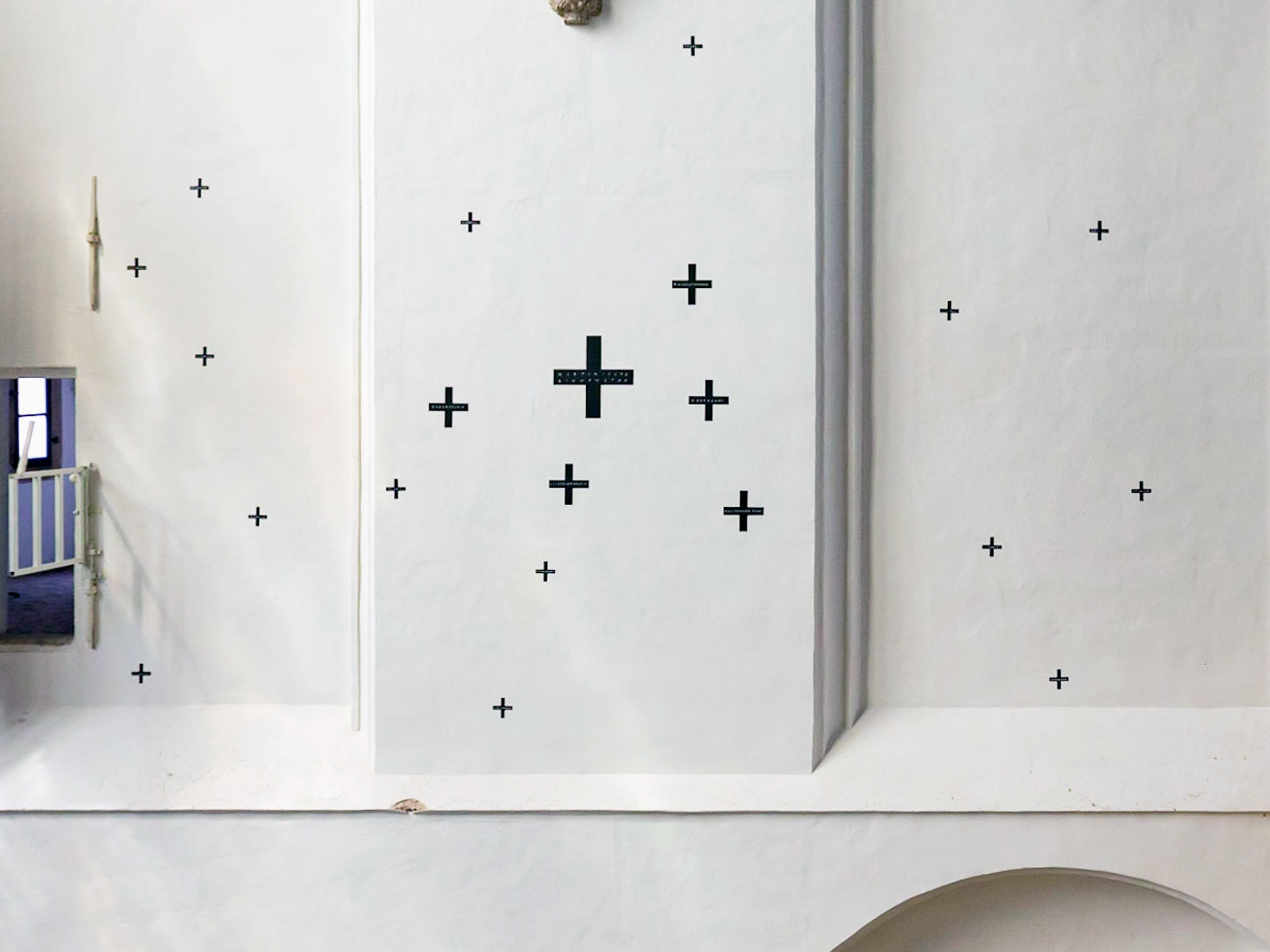 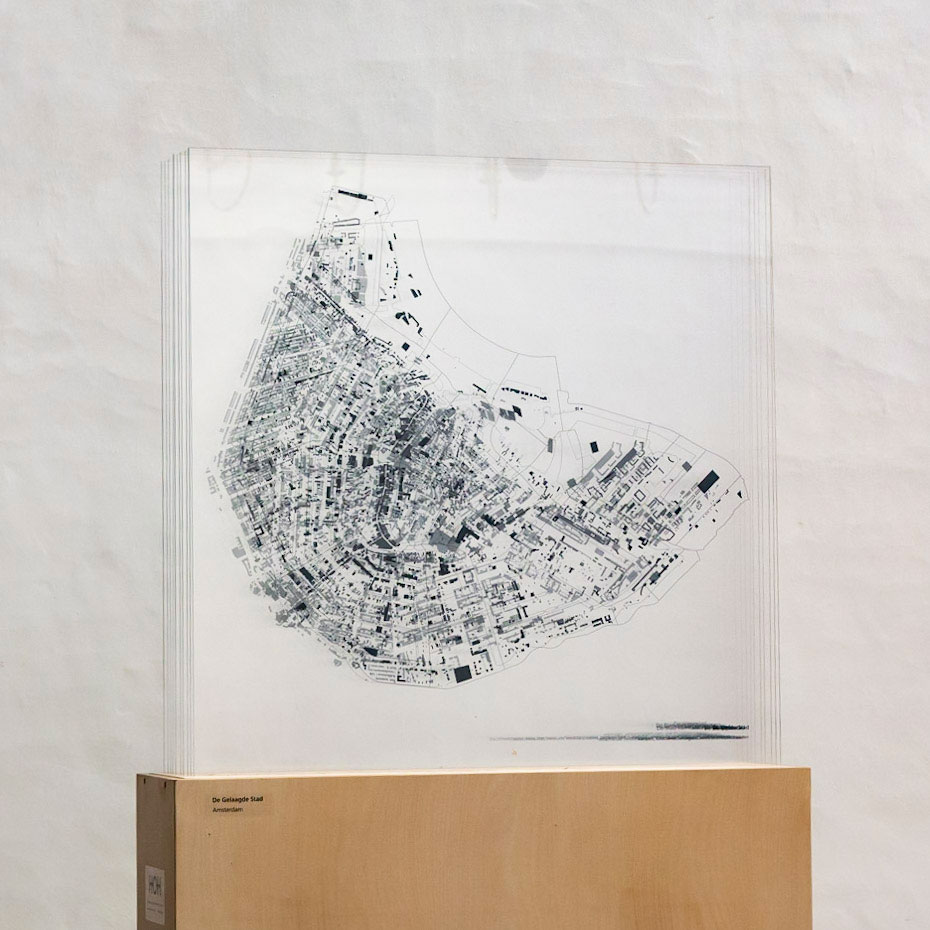 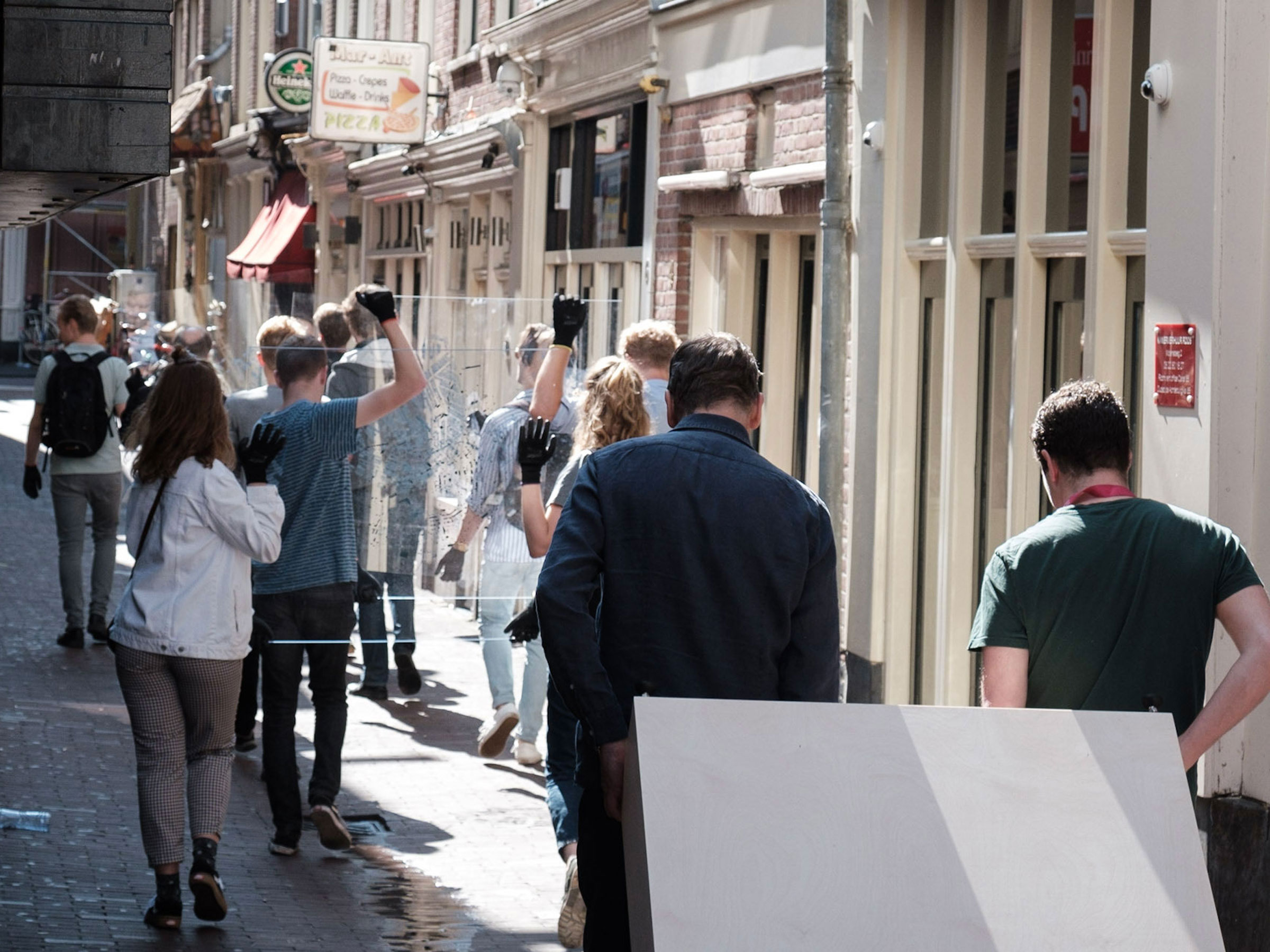